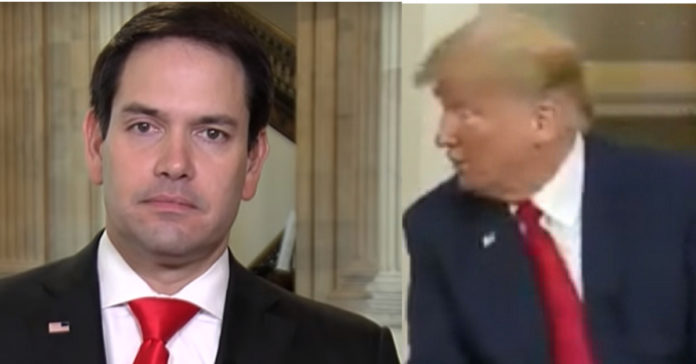 Litlle Marco Rubio is walking a tightrope with his constant flip-flopping on President Trump’s agenda.

Get it together Marco before you pay the price at the ballot box.

Republican Sens. Marco Rubio and Tim Scott torpedoed a conservative nominee to the Ninth Circuit appeals court on Thursday whom even liberals called qualified for the bench, citing college-era political comments, energizing Democrats, and creating a new line of attack against the confirmations of dozens of other judicial picks, including Brett Kavanaugh for the Supreme Court.

Ryan Bounds, an Oregon federal prosecutor who clerked for Judge Diarmuid O’Scannlain on the Ninth Circuit, had an impressive array of credentials that impressed people on the left and the right. Even the left-wing American Bar Association (ABA) unanimously voted to rate Bounds as “qualified” for the Ninth Circuit after they reviewed his full record, showing that even those firmly aligned with liberal priorities acknowledge that college-era political riffs do not disqualify someone from a federal judgeship.

But what should have been a historic moment for the Trump administration and the Republican Party to nominate a qualified judge ended in a failed nomination due to Rubio and Scott’s efforts to take down a conservative judge due to misgivings about the nominee’s writings in a college newspaper.

Scott privately told Rubio on the Wednesday before the vote that he had concerns about Bounds’ “racially insensitive” writings in the Stanford Daily, a conservative college newspaper, back in 1995.

Rubio made a pact with Scott to vote no on Trump’s nominee, promising that Republicans would vote the same way. Both senators voted “yes” on Bounds in the procedural vote, and the Senate Judiciary Committee approved his nomination in an 11-10 vote in June.