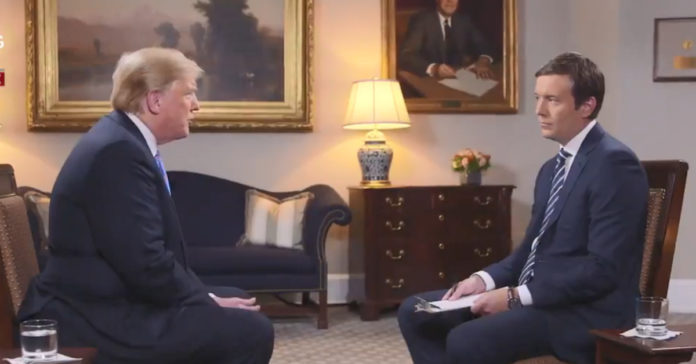 The media has been in a frenzy the last few days. They lost their heads and started devouring anything in their path that made Trump look bad.

The media went off the deep end about what did and did not happen with President Trump and Russian President Vladimir Putin.

They accused him of this and that – Trump rarely deals with the nonsense but finally just to shut them up made a correction.

That wasn’t good enough for the media, but does anyone on the planet not believe that Trump told him to cut it out?

No, of course, not…the buck stops with both of them, it is common sense.

Here is the exchange between Mr. Trump and Glor:

GLOR: “You say you agree with U.S. intelligence that Russia meddled in the election in 2016.”

TRUMP: “Yeah and I’ve said that before, Jeff. I have said that numerous times before, and I would say that is true, yeah.”

GLOR:  “But you haven’t condemned Putin, specifically. Do you hold him personally responsible?”

TRUMP: “Well, I would, because he’s in charge of the country. Just like I consider myself to be responsible for things that happen in this country. So certainly as the leader of a country you would have to hold him responsible, yes.”