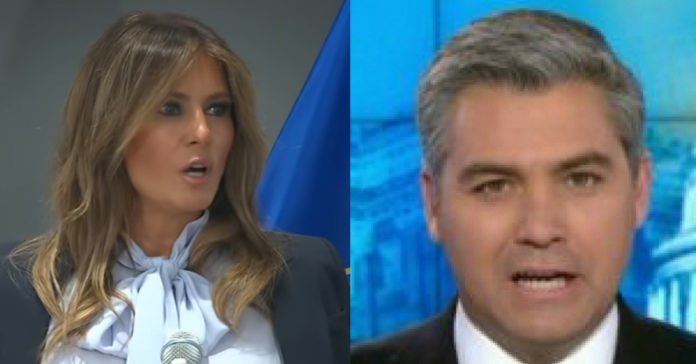 Melania Trump stays out of the spotlight unlike some of those who came before her. She is doing a great job but just in a lower key.

So Melania is single-handedly rewriting the rules of being FLOTUS and we all benefit.

Melania Trump is embracing a more active and public schedule as first lady – but she still runs one of the leanest East Wing operations in recent history.

According to a Fox News analysis of White House personnel reports, Melania Trump has significantly reduced the number of aides on the first lady’s office payroll in comparison to her predecessor, Michelle Obama.

This year, just four people were listed working for Melania Trump as of June. Their salaries totaled $486,700.

Melania did not seek out credit and kudos for doing that, she did what’s right for this great nation.

So after news broke that CNN got busted telling a whopper about her husband:

Michael Cohen’s attorney Lanny Davis admitted on Thursday that he erroneously confirmed a CNN report about Trump’s knowledge of the 2016 Trump Tower meeting with the Russians.

CNN reported on July 27 that Cohen was prepared to tell Special Counsel Robert Mueller that the president had advance knowledge of the Trump Tower meeting. On Wednesday, Davis said that the reporting was “mixed up” and that his client had no information regarding when Trump knew about the meeting.

According to the New York Post, however, Davis himself confirmed CNN’s report as an anonymous source when it was first published.

Davis is now apologizing on the record for confirming something he did not know to be true.

“I regret that I wasn’t clear enough to The Post. I should have been more clear. I could not independently confirm the information in the CNN story,” Davis said. “I’m sorry that I left that impression. I wasn’t at the meeting. The only person who could confirm that information is my client, [Michael Cohen].”

Cohen has also provided information to Congress that would debunk CNN’s report.

The leaders of the Senate Intel committee said that Cohen testified to them that he personally did not know about the Trump Tower meeting before it happened. This contradicts CNN’s reporting that Cohen was in a meeting with Trump when Donald Trump Jr. informed him of the Russians’ offer for dirt on Hillary Clinton.

Melania decided to fight back in her way. In a brutal and devastating fundraising letter for her husband President Trump. 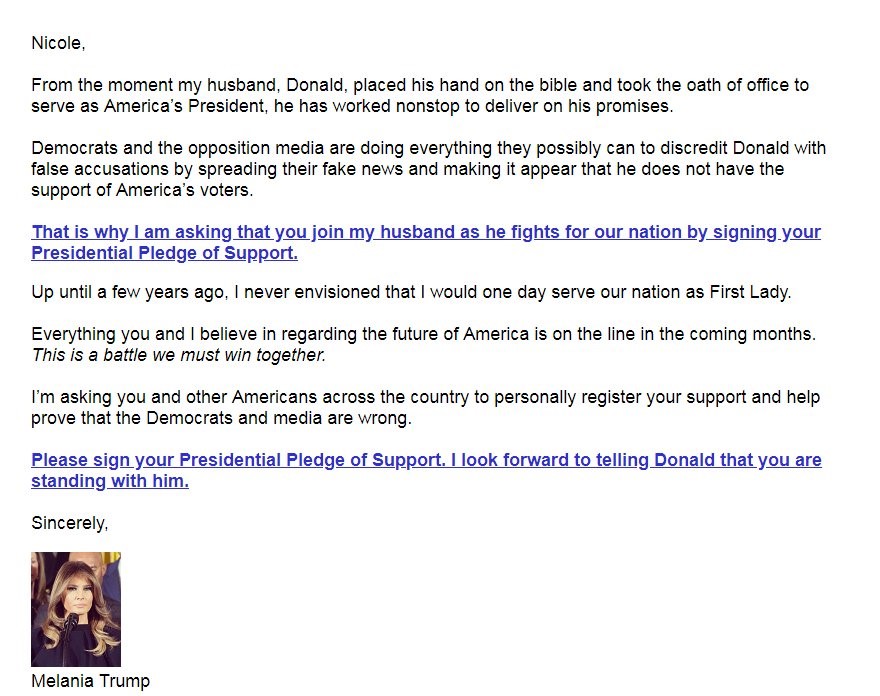 Funny..do you agree with her that the media is spreading BS and Trump has the support of the American people?