Melania Trump Trump stunned the media today when she visited children in Texas held by immigration officials after their parents broke the law and tried to illegally gain entry into the USA.

The media went nuts as per usual, forgetting Trump’s policy is not that far from Obama’s.

This is a media scandal, nothing more. Do you think Pelosi cares about these immigrants?

How many illegals do you think Pelosi employs at any one of her massive estates – she has a winery in Napa Valley don’t forget.

Pelosi doesn’t care other than she gets cheap labor and cheaper votes.

And Melania seemed to agree.

From the Daily Mail:

Melania Trump made quite the sartorial statement on Thursday when she donned a jacket with the words, ‘I REALLY DON’T CARE, DO U?’ written across the back while boarding a plane to visit immigrant children being held at the border in Texas.

The 48-year-old first lady was pictured arriving at Andrews Air Force Base in Maryland wearing the $39 khaki design from Zara, before boarding her plane to fly to Texas.

‘Her goals are to thank law enforcement and social services providers for their hard work, lend support and hear more on how the administration can build upon the already existing efforts to reunite children with their families,’ Grisham said.

‘I’m looking forward to meeting the children,’ Melania herself said during her visit to the Upbring New Hope Children’s Shelter, a facility that is sheltering 55 children.

The first lady also went as far as to issue a rare public statement on the issue of family separation over the weekend, inserting herself into a policy issue that she had previously been silent on.

Her spokeswoman told DailyMail.com, CNN and other outlets that ‘Mrs Trump hates to see children separated from their families and hopes both sides of the aisle can finally come together to achieve successful immigration reform’.

During her visit to Texas, Grisham insisted that Melania will continue to be a vocal presence on the issue as administration officials try to work out ways to reunited children and their families after President Trump signed an executive order on Wednesday.

‘While we’re going through that process she’s going to lend her support and promote family reunification and I’m sure she’ll continue to give her husband opinions on what she’s thinking along the way,’ Grisham said of the visit. 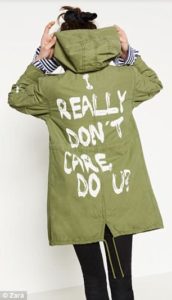