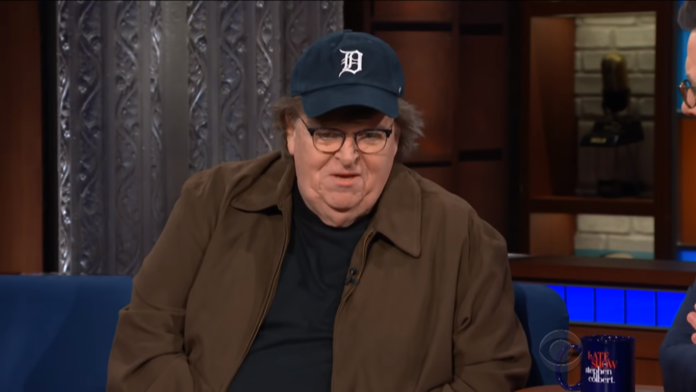 Filmmaker Michael Moore has a new Trump bashing movie out and is already the toast of the left.

They are so easily duped… Remember Moore backed Bernie and many economic policies of Trump are close to Bernie’s. And Obama actually deported more people than Trump did in similar time frames.

So how can only one be a monster? Who knows, but bashing Trump sure sells tickets and this guy Moore is making a bundle inciting a liberal mob.

Now he is threatening to move to Canada (oh please just do it) if Trump comes after him for making this stupid movie.

As reported by The Daily Wire: Filmmaker Michael Moore says he’ll flee to Canada as a political refugee if President Donald Trump decides to persecute him for his upcoming film, “Fahrenheit 11/9,” which takes aim at Trump’s election.

Speaking to media at the Toronto Film Festival, Moore, who has had a string of flops including a one-man Broadway show that shuttered its doors earlier this year, played up Trump’s interest in his new documentary and suggested he could soon find himself under political persecution.

“(Trump) absolutely hates democracy, and he believes in the autocrat, in the authoritarian,” Moore said.

“I want us to survive this, but I can’t make any guarantees that that’s what’s going to happen. We’re in a bad place. We’re on the precipice of some very awful stuff.

“This is a movie that takes (Trump’s) mask off, and exposes what he’s really up to, and what’s really going on here, and you may not see it, because you often don’t see it until it’s too late. ‘m hoping we’re in that … moment before the moment it’s too late, and you can’t get back what you had.”