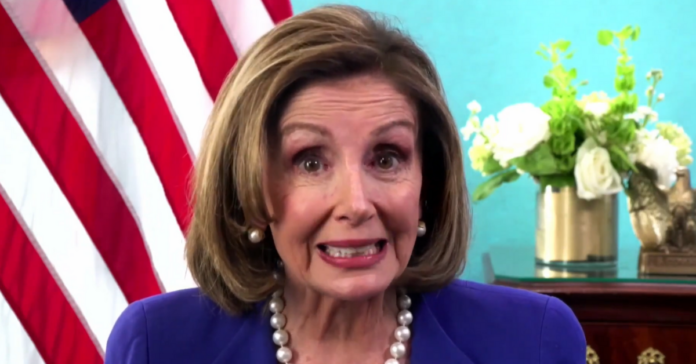 House Speaker Nancy Pelosi’s just got busted pulling a very swampy move when a media outlet discovered that her campaign committee has been pulling a fast one on donors. She repeatedly promised her donors that she would personally match their financial contributions:

“This is so critical, I’m personally 4x-matching all gifts for these final 24 hours,” said one email from January, but as of the last reporting period, she hadn’t kicked down one red cent of her own money.

According to the report, Pelosi was sending the personal matching gimmick offer through at least last week. The last one was sent Wednesday. The question is all this nonsense legal and there you hit the swamp and the grey area but the Justice Department recently hinted that such dubious matching offers may be legally questionable if the politician does not follow through. In short, Pelosi may be in trouble.

The DOJ and members of Congress have also been threatening to end another swamp trick – making donors select not to give recurring donations and otherwise adding them to the recurring donor list.

Yet reports filed with the Federal Election Commission show Pelosi did not donate any personal funds to her campaign during the first quarter, nor has she ever done so.

Between the lines: Both parties use donation-matching offers to woo small-dollar contributors. Few actually say who is matching the donations, and some of the pledges could require matchers to exceed federal contribution limits themselves.

Federal law, though, allows candidates to provide unlimited sums to their own campaigns. Pelosi, whose net worth is estimated to be in the nine figures, could theoretically put up the matching funds offered in her campaign’s solicitations.

Her campaign raised just over $4 million in the first quarter of 2021. It’s not clear how much its matching-offer solicitations generated, but more than half of the Q1 haul came from donations of under $200 — the sorts of small-dollar contributions those types of fundraising emails generally target.

DOJ’s comment was just a brief aside in a Statement of Offense. It accompanied a guilty plea Monday by the operator of a number of groups that raked in small-dollar donations last year with fraudulent fundraising appeals.

One of the groups, Keep America Great Committee, sent fundraising emails that “contained material misrepresentations including promising ‘5x’ matching of any donation to KAGC,” DOJ wrote.

“This prosecution puts fundraisers on notice that the continued use of this very popular fundraising pitch will be treated as a possible violation of the mail and wire fraud statutes,” Kappel wrote.

New: Nancy Pelosi's campaign sent at least 50 fundraising emails from Jan to March promising she would "personally" match donations. But she's never reported giving to her own campaign, in Q1 or otherwise https://t.co/GLMORe7Ju7

All of this has become more significant since the Justice Department signaled last week that it considers phantom donation matches to be "material misrepresentations" if the promised funds never actually materialize https://t.co/pNa59TDcjl