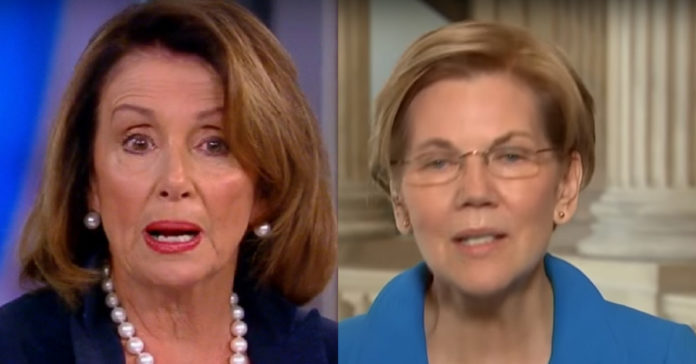 Pelosi, who is in New Mexico to build support for the reauthorized of the Violence Against Women Act, spoke before a gathering of Democrat activists and Haaland supporters at the congressional candidate’s campaign office in Nob Hill.

“Much of Tuesday’s campaign stop was dedicated to supporting congressional efforts to extend the federal Violence Against Women Act, which provides grants to groups that work to combat domestic violence. Several speakers noted that Native American women face higher rates of violence than other women,” the Albuquerque Journal reports.

“When [Deb Haaland] comes to Congress, think of it … she’ll come there as the first Native American woman ever in the history of our country,” Pelosi told attendees. “She will be the first and there’s a reason she is the first — because she is so great.”

Pelosi’s statement may be perceived as a veiled insult to Sen. Elizabeth Warren (D-MA), who has been accused of fabricating her Native American heritage. As Breitbart News’ Michael Patrick Leahy wrote in 2012, the 2020 hopeful’s claim to Native American lineage is flimsy at best: “The slender thread upon which Elizabeth Warren’s claim that she is 1/32 Cherokee rests—a purported 1894 marriage license application—has been exposed as non-existent. Based on a review of the original marriage records found in the files of the Logan County, Oklahoma Court Clerk’s office in Guthrie, Oklahoma, and the statements of ReJeania Zmek, the Court Clerk of Logan County, Oklahoma, it is likely that the ephemeral 1894 marriage license application never existed.”

“When [Deb Haaland] comes to Congress, think of it… she'll come there as the first Native American woman ever in the history of our country," Nancy Pelosi said.