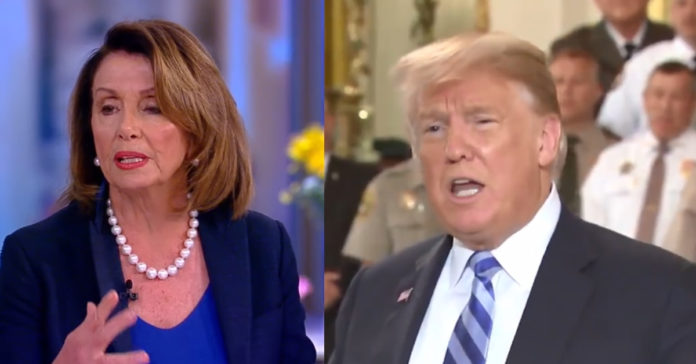 While the media has been focusing on stories of palace intrigue, the Trump administration is quietly making its mark on the swamp.

Good things are happening to the bloated bureaucracy even if the media refuses to report them.

Trump put in a lot of good, dedicated people who do not seek the limelight, instead, they seek accomplishments.

They are fighting behind the scenes and are making a huge difference on the swamp. To say it is no longer business as usual in the swamp is an understatement.

Great things are happening to the bloated bureaucracy of the swamp and eventually, the media will have no choice but to cover them.

Great things like this: As reported by The Daily Caller:

The Environmental Protection Agency (EPA) shed approximately 1,200 jobs as roughly 1,600 employees departed and fewer than 400 new employees were hired during President Donald Trump’s first year and a half in office.

Departing employees included “at least 260 scientists, 185 ‘environmental protection specialists’ and 106 engineers,” according to the Washington Post.

The EPA’s workforce is now down 8 percent to a size it has not been since former president Ronald Reagan was in office, reported the WaPo.

“With nearly half of our employees eligible to retire in the next five years, my priority is recruiting and maintaining the right staff, the right people for our mission, rather than total full-time employees,” EPA Acting Administrator Andrew Wheeler said in a statement according to the WaPo.

Nearly 25 percent of the EPA’s 13,758 employees are eligible for retirement, reported the WaPo. Many employees have accepted buyouts, especially in 2017.

At its most bloated, the EPA had more than 18,000 employees, reported the WaPo.

Some longtime EPA employees are leaving after working under both Republican and Democratic administrations.

“I felt it was time to leave given the irresponsible, ongoing diminishment of agency resources, which has recklessly endangered our ability to execute our responsibilities as public servants,” scientist Ann Williamson told the WaPo.