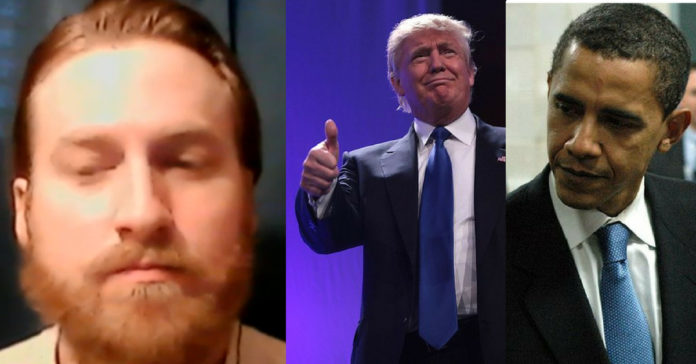 Kristian Saucier was enraged when he found out what Hillary Clinton did with her private email server.

We all remember when she illegally tried to dodge FOIA requests with her little trick server and how that blew up in her face after classified intel was discovered on it.

It basically sunk her presidential campaign.

It was arrogant, typical Clinton hubris, a classic liberal downfall if ever there was.

The reason Saucier was so angry was he spent a year in jail for what most consider a lesser infraction.

President Trump fixed it by giving Saucier a pardon. Much to Obama’s chagrin, the case has a new development.

A former Navy sailor who was pardoned by President Trump is planning to sue former President Barack Obama and other members of his administration for subjecting him to what he calls unequal protection under the law.

A lawyer for Kristian Saucier, who was pardoned by Trump in March, told Fox News on Monday that he plans to file a lawsuit accusing Obama, former FBI Director James Comey, the Justice Department and others of improperly handling the former sailor’s case.

Saucier, who served one year in prison for mishandling classified information by taking photos onboard a nuclear submarine, alleges that Obama administration officials treated his case differently than how they handled Hillary Clinton’s use of a private email server while serving as secretary of State.

“We’ll highlight the differences in the way Hillary Clinton was prosecuted and how my client was prosecuted,” Saucier’s attorney Ronald Daigle told Fox News. “We’re seeking to cast a light on this to show that there’s a two-tier justice system and we want it to be corrected.”

“They interpreted the law in my case to say it was criminal, but they didn’t prosecute Hillary Clinton,” Saucier told Fox News. “Hillary is still walking free. Two guys on my ship did the same thing and weren’t treated as criminals. We want them to correct the wrong.”

Obama needs a lawyer badly and so does Hillary – may justice one day be served.