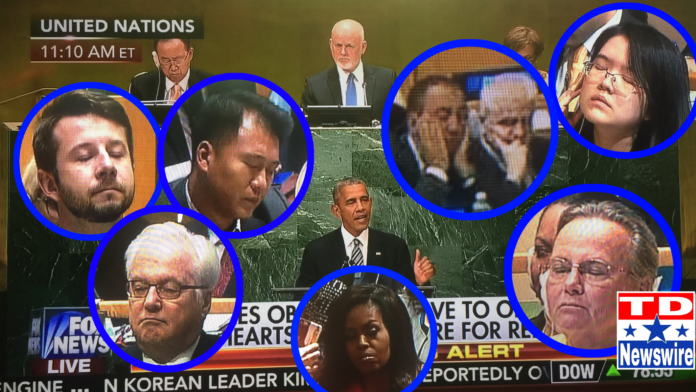 Tuesday morning Barack Obama spoke to the members of the United Nations General Assembly over four hours. OK well maybe if only lasted an hour but it seemed like at least four.  The United States is a country that does not believe in torture but that sure didn’t stop old Barack from torturing these poor diplomats and ultimately either putting them to sleep or driving them batty. 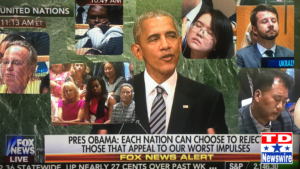 Do you suffer from insomnia?   Are you tired of feeling groggy in the morning after taking sleeping pills?  Well here’s the solution folks.  A guaranteed cure for insomnia.

STEP 1  Go to YouTube and find the recording of Barrack Obama’s speech to the United Nations General Assembly from this morning September 20, 2016. 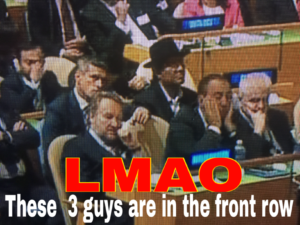 STEP 2 Begin watching it.  (CAUTION: Make sure you are in bed and not standing up beside the bed. We don’t watch you to fall and hit your head)

STEP 3 Wake up in the morning , refreshed and ready to go. 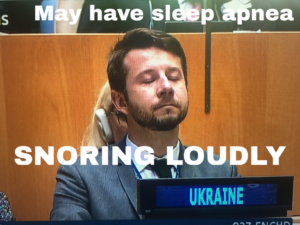 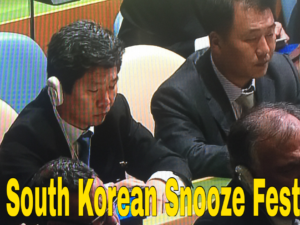 As I was working this morning doing my posts for TRUMP Daily and making some Donald Trump posters I noticed of monotonous tone in the background. I realized it was a voice.  It was arrogant.  It was self righteous.  It was slow and drawn out.  It was very very boring.  It was Fox News and Barrack Obama was speaking to the  General assembly of the United Nations. 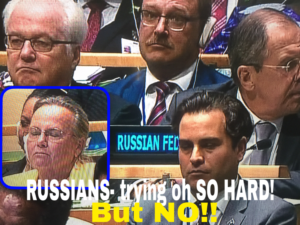 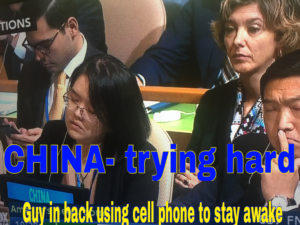 After a view minutes I had to look and what I saw has unbelievable.  Obama was boring this whole group and putting them to sleep.   They were trying very hard to be polite and stay awake but it just wasn’t  working.   See for yourself….. 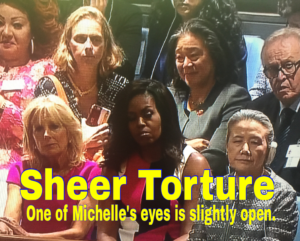 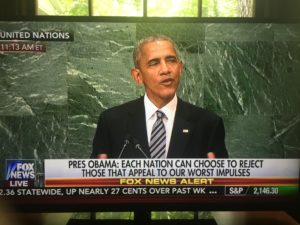 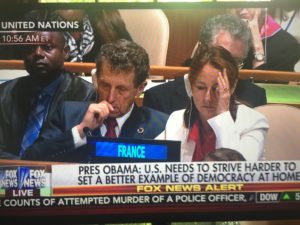 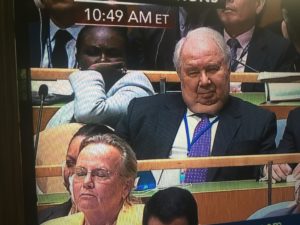 What did Obama say in that speech?   THE WORLD MAY NEVER KNOW.  The world could give a sh*t.  Unless your some type of liberal sadomasochist on speed that is.  In which case, knock your self out,  The rest of us, including our hero, Mr. Donald Trump will just enjoy our new insomnia remedy!