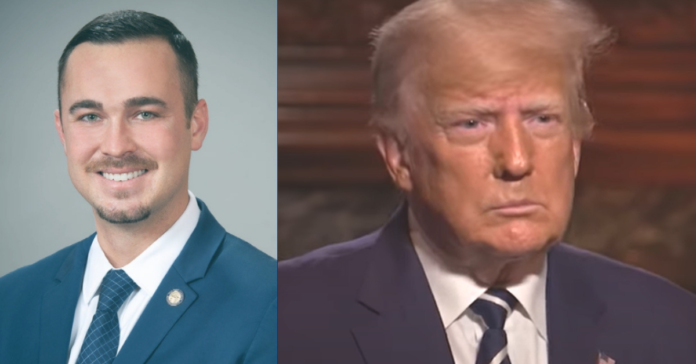 “This legislation is meant to honor the commitment and dedication that our 45th President of the United States, Donald J. Trump, bestowed upon the great people of Trumbull County,” Loychik said.

I witnessed the unprecedented and astounding support that President Trump received from constituents across the 63rd District and on Mosquito Lake State Park,” Loychik said.

“This enthusiasm for our former president was also historic throughout the state of Ohio last November as he pushed for initiatives and policies that was very well-received with my constituency and the state,” he added.

“I will soon be introducing this bill to recognize the triumphs Trump brought over the last four years to this great nation and the Buckeye state.

“I have more exciting news to come on this initiative, stay tuned.”

A GOP-backed bill would change the name of an Ohio state park to honor former President Donald Trump.

The state park in question is located in Cortland, with more than 7,000 acres, and one of the largest lakes in the state.

HB261 would allocate $300,000 to pay for all the sign changes pic.twitter.com/QZrGJ3BTqD

The bill is a $300 million COVID-19 relief plan to support small businesses, veterans, and child care throughout Ohio.