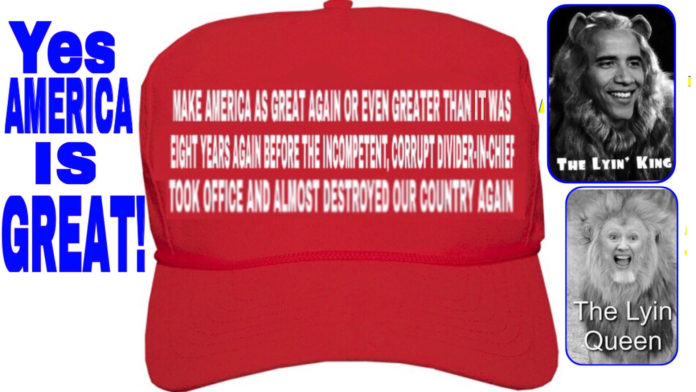 It never ceases to amaze me how the Liberals can take things out of context and twist them around. At the Democratic National Convention this week both Obama and crooked Hillary made a point to insinuate that the Trump campaign slogan “Make America Great” means that Mr. Trump or his supporters think that America is no good.  They tried to pretend that the slogan on the Red Hat we where should be taken 100% literally and means that we think America is “NOT GREAT”.

Now every Trump supporter, every Bernie supporter, every independent possibly on the fence, and 75% of all hard-core Democrat (Sheeple) that will vote for Hillary no matter what no that new slogan make “America Great Again” again does not mean that we think America is not still great.

For that 25% of the hard-core Democrat that lack sufficient brainpower we will spell out exactly when we mean by MAKE AMERICA GREAT AGAIN in very simple language that you may be able to understand.

One thing we mean by “GREAT” in our slogan means as good or better than things were before Obama took office.

Eight years ago….. We were not $19 trillion dollars in debt.  Obama has more than doubled our debt.

Eight years ago….. There were millions less people living off of food stamps.

Eight years ago….. Police officers were not being routinely assassinated.

Eight years ago….. The President of the United States did not invite hate groups who encourage murdering our law enforcement to the the White House.

Eight years ago….. Our Commander-in-Chief would never release 5 Radical Muslim terrorists in exchange for one American TRAITOR.

Eight years ago ….. Our President would not allow 4 Americans to get slaughtered because of his and his Secretary of State’s incompetence and lack of courage.  And he would not have ordered that the American people (including families of the victims) be lied to. 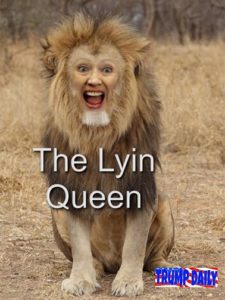 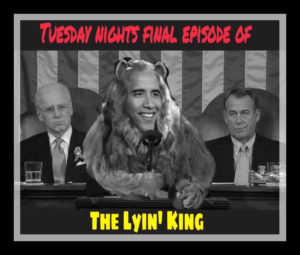 This list goes on and on.  When Donald Trump says “Make America Great Again” he means:

GREAT….. As in millions more jobs for all Americans who want to work.

GREAT….. As in manufacturing brought back to this country.

GREAT….. As in a more powerful military to ensure that we do not ever have to go to war.

GREAT….. As in taking care of our military folks and our police officers and making sure that all of our veterans are taking care of.

GREAT….. As in much better trade deals that do not penalize the American people. Bring money back into our country so we can pay off our huge debt and not leave it off for our children.

So “MAKE AMERICA GREAT AGAIN” is a slogan representing the effort and action of improving all these numerous areas where America has declined and fallen short.

Obama knows this. Crooked Hillary knows this. But they are pathological liars.  Now my friend you know this and hopefully you are not one.