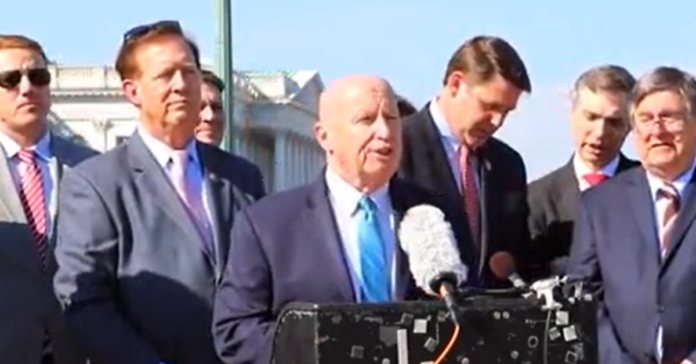 U.S. Rep. Kevin Brady, R-The Woodlands, just announced this morning that he will retire from Congress when his term ends. Brady played a key role in passing Trump’s 2017 tax cuts. He was the top Republican on the powerful House Ways and Means Committee when the GOP shocked the nation and quickly passed the tax bill after John McCain sunk the Obamacare repeal.

Brady represents a deep-red district in Texas and even with redistricting no one believes a Dem will steal the seat from the GOP in 2022. He won 72% of the vote in 2020. He has served as a well-respected ( by both sides of the aisle) member of Congress for over two decades.

According to his official bio, Brady was: “First elected in 1996, Brady is one of the most senior members of the Texas delegation and a powerful player within the House Republican conference. The announcement was widely expected as he was facing a term limit in his role as the top Republican at the House Ways and Means Committee, which legislates tax law.

Prior to his election to Congress, Kevin worked as a Chamber of Commerce executive for 18 years and served six years in the Texas House of Representatives, where he was named Top Ten Legislator for Families & Children and one of Five Outstanding Young Texans.

Kevin is a Distinguished Alumni of the University of South Dakota.

He is dedicated to staying close to the families and communities he represents, and never moved to Washington. Kevin lives in The Woodlands with his wife and two sons and has logged more than 2.5 million miles commuting from Texas to Congress, equivalent to five round trips to the moon.

Authoring the Tax Cuts and Jobs Act, the first major reform of the U.S. Tax Code in more than 30 years.

Working with Texas Democrats and the Florida congressional delegation to deliver disaster relief to communities impacted by Hurricanes Harvey, Maria and Irma.

Passing new trade agreements that have created new sales and thousands of new jobs for Texas workers in manufacturing, agriculture and technology.

Passing the Teacher Liability Protection Act to protect teachers against frivolous lawsuits when they maintain order and discipline in the classroom.

In the wake of 9-11, establishing a national network of university homeland security research centers to prevent and respond to future terrorist attacks, including the center at Texas A & M.

Championing the Federal Sunset Act which forces agencies and programs to regularly prove their value to taxpayers or face elimination.

Here are Brady's comments announcing his retirement — he says committee leader term limits played a role in the decision: pic.twitter.com/ZEXcMaEzWY

U.S. Rep. Kevin Brady announces retirement from Congress. This was not unexpected: https://t.co/X1ztwUoEWv

We'll see what redistricting brings, but Brady's district is safely Republican under current lines. Trump won it by 42 last year.