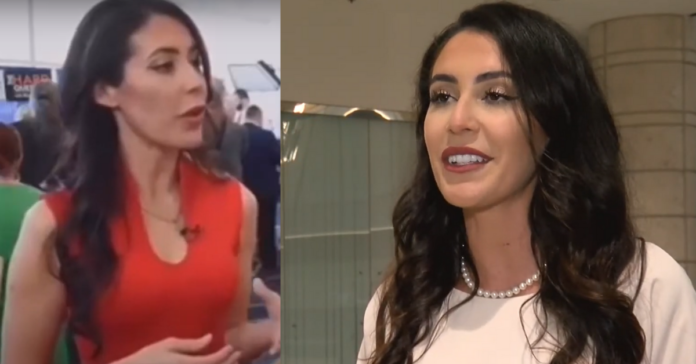 A longshot GOP candidate just got into a ton of trouble after a recording surfaced of him threatening to send a ‘hit squad’ after a rising star in Florida Republican politics. There is a hotly contested GOP primary for one of Florida’s most competitive congressional seats that is being vacated by Charlie Crist who wants to run for Governor.

During a 30-minute call, William Braddock repeatedly warned a GOP activist not to support GOP candidate Anna Paulina Luna in the Republican primary for the Tampa Bay area congressional seat because he said he had access to assassins.

“I really don’t want to have to end anybody’s life for the good of the people of the United States of America,” Braddock said during the conversation. “That will break my heart. But if it needs to be done, it needs to be done. Luna is a f—ing speed bump in the road. She’s a dead squirrel you run over every day when you leave the neighborhood.”

In the recording, Braddock can be heard making rambling comments about getting financial help from the Freemasons or by importing millions of dollars from Malta and Gibraltar.

“I have access to a hit squad, too, Ukrainians and Russians,” he said before adding “don’t get caught out in public supporting Luna. Luna’s gonna go down and I hope it’s by herself.”

Luna is an Air Force veteran and former model who is a rising star in the GOP despite losing in the state’s 13th Congressional District last year to Charlie Crist.

Olszewski, a nurse by training, became a conservative figure last year after penning a book called “Undercover Epicenter Nurse: How Fraud, Negligence, and Greed Led to Unnecessary Deaths at Elmhurst Hospital,” which some in the health care industry have called disinformation.

After having a few conversations with Braddock, however, Olszewski said she became concerned that he wanted to use her to advance his candidacy and that he left her “threatening” messages about Luna that sounded “unhinged.”

With such a closely divided Congress currently in Democratic control, Braddock said on the recorded call that the “pivotal” St. Petersburg-based district will take on outsized importance in 2022 to keep America from devolving into a “communist-socialist s—hole.” When Olszewski asked him why he had Russians at the ready, Braddock indicated they were to stop Luna.

“My polling people are going to charge me $20,000 to do a poll right before the primary. And if the poll says Luna’s gonna win, she’s gonna be gone. She’s gonna disappear,” Braddock said in the recorded call, pledging Olszewski to secrecy. “For the good of our country, we have to sacrifice the few. … For the better or the good of the majority of the people, we’ve got to sacrifice the few.”

Later in the call, Olszewski asked what would happen if “Luna is gonna win” and Braddock assured her that wouldn’t happen.

“She’s gonna be gone. Period. That’s the end of the discussion. Luna is not an issue,” he said.

Olszewski pushed him, asking “how do we make her go, though? I just don’t understand that.”

“I call up my Russian and Ukrainian hit squad, and within 24 hours, they’re sending me pictures of her disappearing,” he replied. “No, I’m not joking. Like, this is beyond my control this point.”

Asked if the killers were snipers, Braddock described them as, “Russian mafia. Close-battle combat, TEC-9s, MAC-10s, silencers kind of thing. No snipers. Up close and personal. So they know that the target has gone.”

Olszewski said that threats like the ones Braddock made “you can’t take lightly. Normal people don’t say these things.”

During a call that was recorded before he became a candidate, William Braddock repeatedly warned an activist to not support GOP candidate Anna Paulina Luna in the Republican primary for a Florida congressional seat because he had access to assassins https://t.co/OQFEYln82d pic.twitter.com/08OLNgwWQy