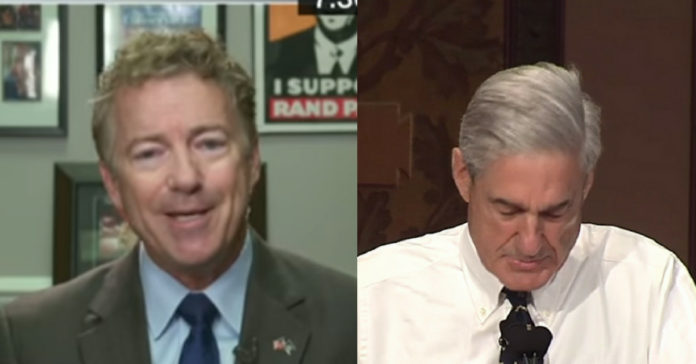 Rand Paul is an independent voice in the Senate and is not a reliable ally of Trump. When Paul disagrees with Trump he will say it.

So when he speaks it is not from a partisan space and so he should be listened to with both ears.

And what he just said is devastating to Bob Mueller and his witch hunt.

“I think really we mistake our response if we think it’s about accountability from the Russians. They’re another country, they’re going to spy on us,” Paul said on CNN’s “State of the Union,” a day before President Donald Trump’s scheduled summit with Russian President Vladimir Putin in Helsinki.

“We’re going to do the same,” Paul added.

But Paul maintained such cyber-intrusions into other countries’ elections were common on the world stage, suggesting the United States — while not “morally equivalent” to Russia — provoked the Kremlin’s stealth attacks.

“I wish President Obama had been more aggressive in pursuing it,” Paul said.