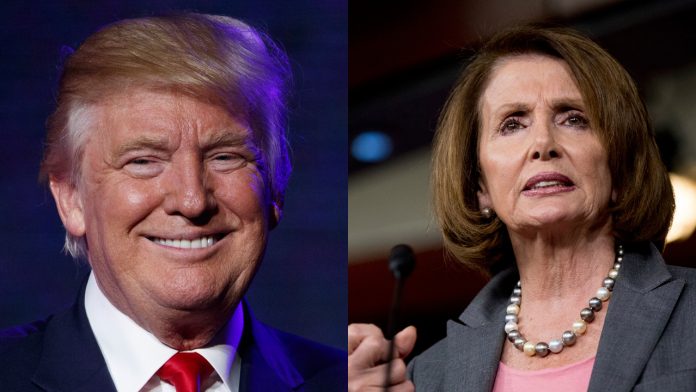 The left is terrified of President Trump and has been for a while. Sure, at the start they thought he was a gift from God.

But as Hillary quickly found out this was just the left’s arrogance talking.

Turned out President Trump alone among modern politicians had the authenticity and trustworthiness to talk straight to the American people.

None more so than when he asked African Americans what do they have to lose…remember that line?

Perfect. And it worked. And it terrified the left because Trump is stealing their traditional base (unions, swing states, minorities) and with it, he takes the future right out from under Nancy Pelosi.

The latest figures include 34% who Strongly Approve of the way Trump is performing and 41% who Strongly Disapprove. This gives him a Presidential Approval Index rating of -7

President Trump last week visited Granite City, Illinois, to address the success of a recently reopened steel mill there, saying, “Made in America. It’s not just a slogan but a way of life.” Most Americans agree with the president and say buying American-made is important to them.

Trump earned a monthly job approval of 46% in July, down one point from June and another step down from 49% in April, his high for the year to date.

Former Trump campaign manager Paul Manafort is currently on federal trial in Virginia on bank and tax fraud charges. But while voters are following news of his indictment closely, they don’t see it snowballing into criminal charges against the president.

Nearly half of voters don’t believe Special Counsel Robert Mueller’s probe is worth what it has spent investigating allegations of Russian collusion in the 2016 election (more than $22 million as of July, according to one report), and few believe the outcome will benefit the United States.