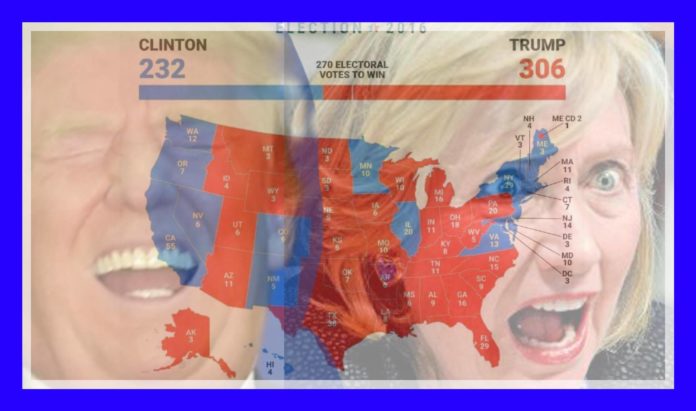 With Monday’s meeting of the Electoral College rapidly approaching, Republican electors are continuing to be bombarded with calls and thousands upon thousands of e-mails asking them to change their votes and not vote for Donald Trump.  According to a report today by Business Insider and the Associated Press (Business Insider/Associated Press) there will not be any surprises Monday.  Hillary Clinton will not be president.

The Associated Press interviewed 330 of the electors and only came across one rouge Republican who said he was not going to cast his vote for Donald Trump. All other Republicans, even those who do not like Donald Trump said they are going to give him there. Reasons mentioned by the anti-Trump Republicans mentioned to AP were ” they felt bound by history, duty, party loyalty, or the law to rubber-stamp their state’s results and make him president.”

Please SHARE This!  liberal media only pushes their agenda. It’s up to Trumpsters on social media to get our views out. Thank you!!

The Associated Press tried to reach all 538 of the electors but actually spoke with 330 of them.  Many of them indicated frustration with the process but all but one intend to vote for the November 8 winner, Donald J. Trump. Faithless electors, ones who vote for a candidate other than the winner of their states popular vote, are very rare.  There have only been 157 faithless electors in American history and only 6 since 1968.

There was one faithless elector in 2000 and the last one was in 2004.  The one in 2004 was an anonymous Democrat who voted for John Edwards instead of John Kerry.  It is widely believed that he just got confused voted for the “wrong John”.  Why does that not surprise me?  🙂

Please SHARE This!  liberal media only pushes their agenda. It’s up to Trumpsters on social media to get our views out. Thank you!! 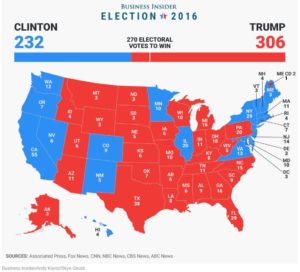 The death threats against the Electoral College members failed,

the left is willing to risk civil war in America and nuclear war with Russia because their “butt hurt” about losing.”

The liberal media only pushes their agenda. It’s up to Trumpsters on social media to get our views out. Thank you!!