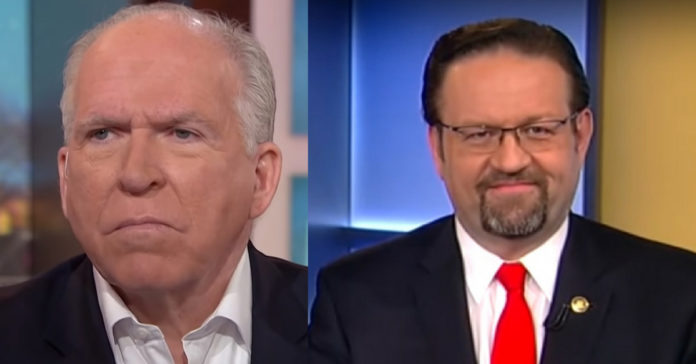 After Trump’s stunning news conference today in Helsinki it seems the entire media complex has their knives out for Trump.

The bashing has been relentless and even bled over onto Fox News.

But there was none more hysterical than former Obama CIA chief John Brennan. From The Hill:

“I thought that there was nothing Donald Trump could say that would shock me, but I was wrong. I was just totally shocked at the performance of Donald Trump in Helsinki at a press conference with Vladimir Putin. I just found that it was outrageous,” said Brennan to anchor Brian Williams on MSNBC immediately following Trump’s press conference in Helsinki, Finland.

“Even when the press gave him an opportunity to hold Russia accountable for anything, he chose to talk about Hillary Clinton, about his election, about servers,” Brennan continued. “He criticized American citizens, Secretary Clinton, and others as opposed to really taking advantage of a world stage with all the world’s eyes upon them to point out how unacceptable Russia’s behavior and interference in our election and the elections of other democratic countries around the globe is. But he just shirked those responsibilities.”

The commentary from Brennan, who serves as an MSNBC contributor, came after Trump and Putin met one-on-one for the first time.

Treasonous would be voting for the Communists at the height of the Cold War when Moscow wanted to vaporize us:https://t.co/xs2yseFA8K https://t.co/hVU0PLaajh