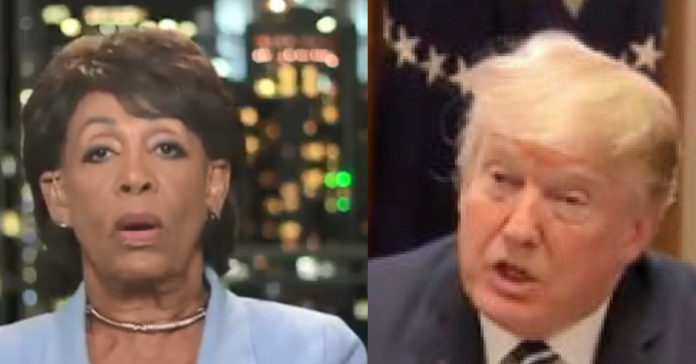 Maxine Waters is out there calling for Trump’s impeachment and she really needs to read the constitution.

Look, Bill Clinton got impeached by the House but he stayed in the Oval Office. Why?

Because 2/3 of the Senate – 66 Senators – must vote to impeach. If they do not it doesn’t matter what happens in the House.

In other words, if Pelosi is the next speaker and the Democrats have the House they still will be far short of the 66 votes needed in the Senate so Trump is not going anywhere.

So all this talk of impeachment is a smokescreen to cover for the Democrats many failures over the years.

That is the constitutional reality. There is also the practical reality that people never enact change when the economy is booming. Ever.

As Trump reminded Maxine: “I don’t know how you can impeach somebody who’s done a great job. If I ever got impeached, I think the market would crash. I think everybody would be very poor.”

While many Democrats are reluctant to make impeachment an issue in this year’s midterm elections, Rep. Maxine Waters pointed to this week’s bombshell developments as a reason not to be.

The outspoken Trump critic said Democrats can “walk and chew gum at the same time,” focusing on both the issues important to voters and the president’s admitted federal crimes.

“We can’t turn a blind eye to this president who is destroying this country,” Rep. Water said.

Rep. Maxine Waters says Trump impeachment should be on the table now more than ever. #ctl #p2 #Trump #Impeachment pic.twitter.com/9hJmrvqH6V