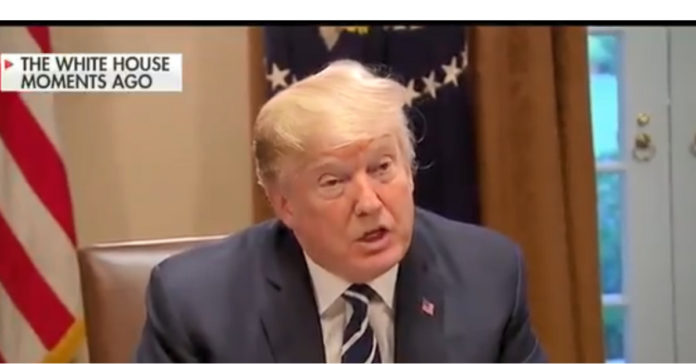 President Trump is very funny, that is what the left will never, ever understand about Trump.

As the man was literally under siege from anyone and as he prepared to clarify his remarks from yesterday, he was cool as a cucumber and grace under pressure personified when things didn’t go as planned.

The president said Monday after reviewing the transcript and clip of his press conference, “I realized that there is a need for some clarification.”

“In a key sentence in my remarks, I said the word ‘would’ instead of ‘wouldn’t,’” Trump said.

But it was what happened right before this that had DC talking about how smooth President Trump really is:

Is the Deep State real?!

Trump says "That must be the intelligence agencies. Are you guys okay? That was strange."