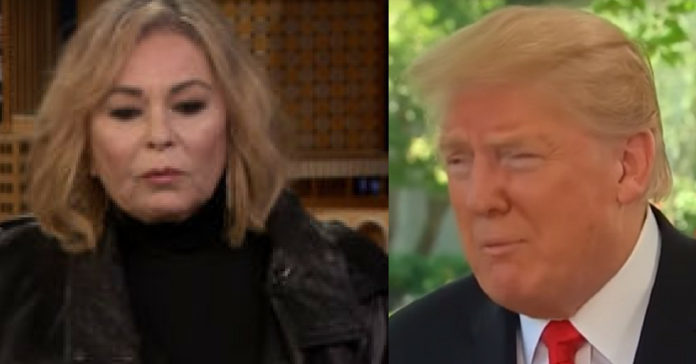 The left thought they won their war versus Roseanne Barr. They like their Trump supporters chastened and silent.

Their arrogance betrays their desperation. They know the truth and the truth is that Trump is winning and will continue to win.

Just like Roseanne. As reported by Lifezette:  Roseanne Barr’s support of President Donald Trump has caused quite a bit of controversy with fellow artists, but the comedian is not backing off her beliefs.

Barr tweeted on Tuesday for the first time since July 29.

And it was to endorse Donald Trump for president in 2020. She wrote, showing herself in a Trump hat: “2020 vision.”

Barr was fired from her own highly rated sitcom earlier this year when a tweet she put out targeting former Obama adviser Valerie Jarrett was deemed by many to be racist.

Though she immediately apologized for the tweet, ABC booted her from her self-titled program.

Barr has made multiple public apologies since the tweet and even signed away the rights to her show so it could continue without her.

“I didn’t know she was African-American,” Barr told Fox News host Sean Hannity. “I assumed … she [Jarrett] was from Iran and she lived in Iran for such a long time. If she’s watching, I’m so sorry you thought I was racist and you thought that my tweet was racist because it wasn’t. It was political.”

She continued, “I’m sorry for the misunderstanding that caused my ill-worded tweet. I’m sorry that you feel harmed and hurt — I never meant that. For that, I apologize. I never meant to hurt anybody or say anything negative about an entire race of people. My 30 years of work can attest to that.”