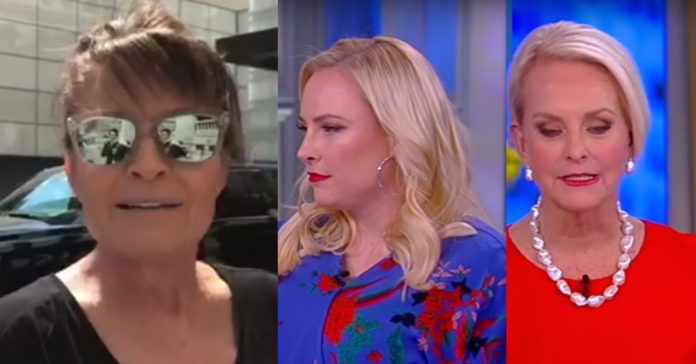 The news of the Sarah Palin snub by John McCain’s family swiftly traveled around the country causing many to condemn the move as spiteful.

Now, it is true that Cindy and Megan McCain can do as they wish but this just smacks of something deeper.

Look, you cannot go redo the past and whether John made a mistake in picking Palin or not, this snub is not the correct way to go about it fixing John’s legacy.

In fact, and this is sad to say, it hurts rather than protects his legacy.

That said, Sarah Palin and her family took the high road and showed America the true definition of class in how they responded.

As reported by People:

“Two names you won’t see on the guest list: Trump and Palin,” says a Capitol Hill source with knowledge of funeral plans for McCain, who died of brain cancer Saturday at age 81.

“Invitations were not extended” to the two political figures, confirms Carla Eudy, a fundraiser who has worked with and been friends with the McCain family for decades.

A source with knowledge of the funeral arrangements adds that several longtime McCain staffers were also removed from the invite list in recent days by Eudy.

The fundraiser, who helped plan the memorial services, did not specifically address where the requests originated, nor how they were conveyed.

Speculation in Washington, D.C., is that they came from “the family.”

“My guess is, it came from Cindy,” says a source close to the McCain family. “She is very protective of John’s memory and legacy. She’s also a grieving widow. I think she wants to get through this as best she can.”

Speculation also has focused on the process of disinviting someone to a funeral.

“Donald Trump and Sarah Palin were not served official notice outright,” says the source close to the McCain family. “I want to make that clear. It wasn’t a no-trespass order. They won’t be turned away by guards if they show up at the funeral.”

Palin family source says, “Out of respect to Senator McCain and his family we have nothing to add at this point. The Palin family will always cherish their friendship with the McCains and hold those memories dear.”