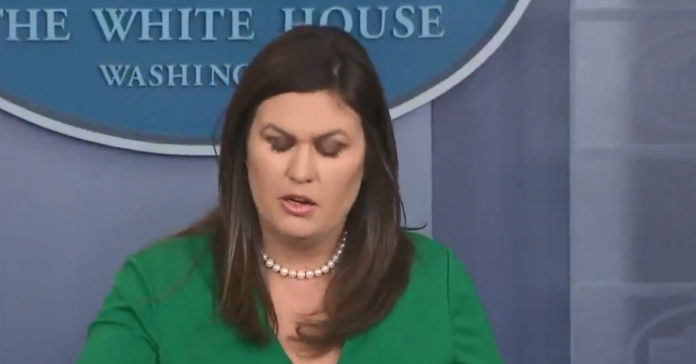 Sarah Sanders held a surprise White House press briefing today and she did not disappoint.

She came out firing and landed a knockout blow on the deep state’s John Brennan. She announced Trump had yanked his security clearance – see ya, don’t let the door hit you on the way out.

Sarah started the presser conference saying, “As the head of the executive branch and commander-in-chief, I have a unique constitutional responsibility to protect the nation’s classified information. Including by controlling access to it. Today in fulfilling that responsibility, I’ve decided to revoke the security clearance of John Brennan, former director of the Central Intelligence Agency.”

She is clearly done playing games. She also listed off who could be next.

She read a statement as she rattled off a list of reasons why President Donald Trump made that decision, citing “risks” from “his erratic conduct and behavior” and “outrageous allegations” he has made “on the internet and television recently.