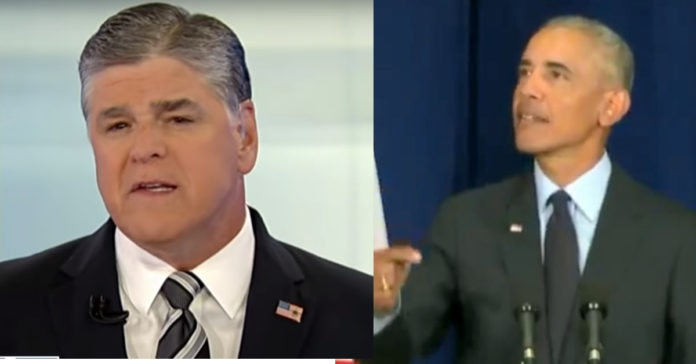 Barack Obama is on another apology tour and is begging America to believe that he and he alone is responsible for the current economic boom.

He is not – he didn’t completely tank the economy but he also stifled the booming private sector we see under Trump.

He can say what he wants now, but we all remember because we were there. We know what happened after the crash and how Wall Street raked in trillions while everyone else had to tighten the belt.

“Let’s go to his definition of sanity. What was it like under the Obama Administration? Lowest labor participation rate since the 70’s, lowest homeownership rate in 51 years, worse the recovery since the ’40s, 13 million more Americans on food stamps, eight million more Americans in poverty and of course he took on more debt than every other president before him combined — anemic growth, burdensome regulation, billions of dollars in cash and other currency to the Mullah’s in Iran while they were actively funding terrorism around the world and chanting death to America and death to Israel,” Hannity exclaimed.

Hannity then mocked Obama’s achievements, saying, “he was so proud of himself, that during his recent hour-long speech, he talked a lot — about himself. 102 times in one hour.”

After showing a video of Obama talking about himself more than 100 times, Hannity jokingly began to sing Toby Keith’s ‘I Wanna Talk About Me.’

“57 days from the most important election, mid-term election, in our lifetime, it’s not easy to win a mid-term. Democrats want to return to the status quo, you can’t allow it to happen — or you can and pay the price,” Hannity warned in conclusion.