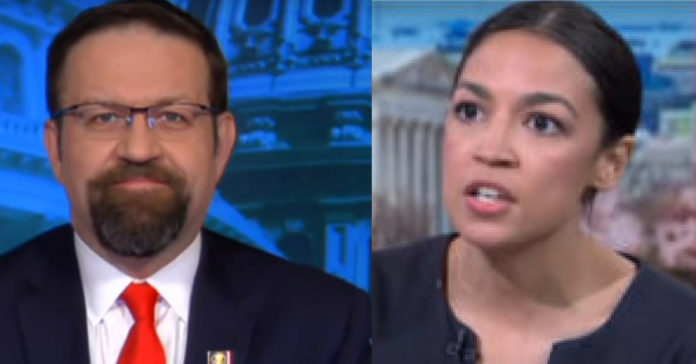 All good things must end when confronted with the harsh reality of today’s uncompromising world.

And Sebastian Gorka just ended the socialist dream with the brutal truth.

Gorka said Saturday that New York gubernatorial candidate Cynthia Nixon “has no idea what she’s talking about” if her remarks on the movement are true.

Nixon stated Friday that she’s proud to identify as a Democratic socialist, a “small but growing” group.

Ocasio-Cortez surprisingly won her New York Democratic primary in June but has recently been called out for campaign missteps like getting her political colors mixed up and criticizing Israel’s “occupation” of the Palestinian territories during an interview.

Gorka said on “Fox & Friends” that the history of socialist movements has shown that only a small number of people have power while the rest of society suffers.

He said that radical Democrats like Rep. Maxine Waters (Calif.) have taken over the party as a whole.

“The lunatics have literally taken over the asylum when it comes to left-wing politics in America,” he said.