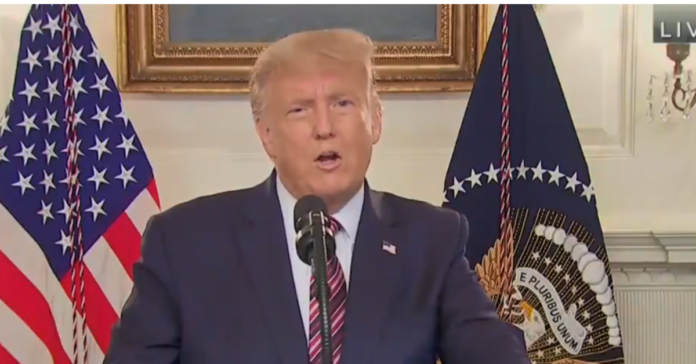 The Secret Service has foiled an assassination attempt on President Trump when they intercepted a packaged addressed to POTUS that was laced with a deadly poison.

The package intercepted by law enforcement before it reached POTUS contained the deadly poison RICIN.

The package was addressed to President Trump marking the first foiled assassination attempt against Trump we know about. The sad fact is all our Presidents get threats and most do not get reported. But this – actually sending the RICIN is an escalation.

A Hollywood actress, (she was in the Walking Dead) Shannon Richardson, was sentenced to 18 years in prison for sending RICIN to Obama in 2014.

From CNN: A package containing the poison ricin and addressed to President Donald Trump was intercepted by law enforcement earlier this week, according to two law enforcement officials.

Two tests were done to confirm the presence of ricin. All mail for the White House is sorted and screened at an offsite facility before reaching the White House.

The FBI and Secret Service are investigating the matter.

Ricin is a highly toxic compound extracted from castor beans that has been used in terror plots. It can be used in powder, pellet, mist or acid form. If ingested, it causes nausea, vomiting and internal bleeding of the stomach and intestines, followed by failure of the liver, spleen and kidneys, and death by collapse of the circulatory system.

All packages addressed to the White House are sorted and screened at a secure offsite facility prior to delivery. The sources said that two tests were done to confirm the presence of ricin.

Ricin is a highly potent toxin derived from castor beans, and is extremely lethal if inhaled or ingest. A dose the size of a few grains of salt can be lethal to adults.

In 2014, actress Shannon Richardson, who appeared on The Walking Dead, was convicted of sending envelopes containing ricin addressed to then President Barack Obama and New York City Mayor Michael Bloomberg.

She was sentenced to 18 years in prison.