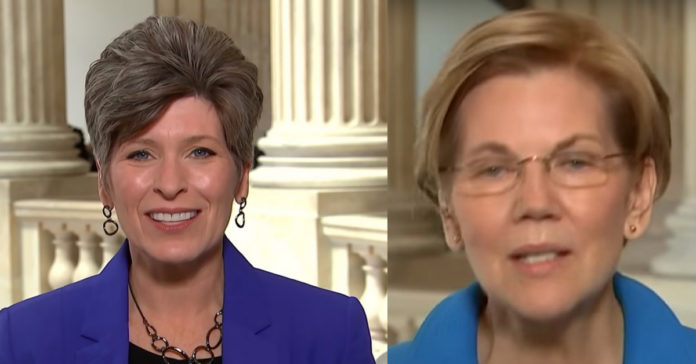 Ouch…this will definitely leave a mark. Look, Liz Warren is running for president and she just stepped in it in Iowa and probably destroyed her chances there.

Why does the left always choose to muddy waters when simple solutions will work just fine?

We have laws. We have borders. if we enforce them tragedies like this are preventable. Simple.

In an interview with Breitbart News Editor-in-Chief Alex Marlow, Ernst slammed Warren’s comments on the death of Mollie Tibbetts. An illegal alien allegedly stabbed her to death and dumped her body in a cornfield.

In an interview with CNN yesterday, Warren said that rather than focusing on the fact that Tibbetts’ alleged killer should never have been in the United States, Iowans need to focus on “real problems” like foreign national adults being separated at the U.S.-Mexico border from the children they arrive with.

Ernst blasted Warren’s comments, noting that while adults and children arriving at the southern border will eventually be reunited, Tibbetts and her family are separated for life.

So Elizabeth, I want to remind Elizabeth Warren that you know what, the tragic loss of Mollie is important to us. And the families that are separated at the border, they will come together again. Mollie will never be with her family again. [Emphasis added]