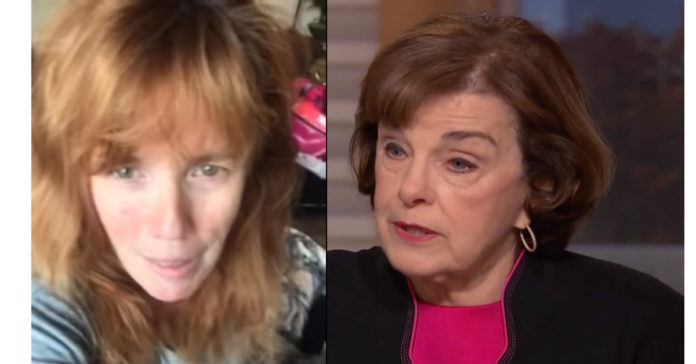 Dianne Feinstein’s worst nightmare just became her new reality. All politicians have skeletons and one of Dianne’s just crawled out of her closet and ended her reign of terror.

This woman is claiming that years ago at a big Feinstein fundraiser she was sexually assaulted by one of Dianne’s donors.

A Chinese man who paid big bucks to hobnob with the Democratic elite (remember when slick Willy and Al Gore took all that Chinese money/) for a price assaulted her after the event she alleged.

The woman seems credible and she was not believed by Feinstein or even her own mother. Her mother was friends with Dianne – that was why she was at this big-ticket event.