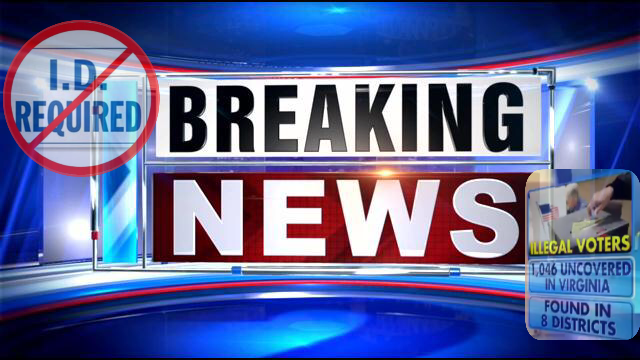 A new report has surfaced finds evidence of widespread voter fraud in Virgina, a crucial swing state.  The scary part is that this report only covered 6% of the states 133 districts indicating that there may be a problem large enough to potentially sway election results in November. 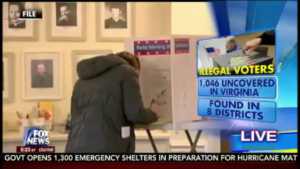 The report was released  released by the Virginia Voters Alliance based on findings from the Public Interest Legal Foundation. Christian Adams, general counsel for the foundation, said that they checked the Virginia drivers license bureaus to match up this data. All 1,046 non-citizens by are listed name. What is shocking though is that this represents only 8 of the states 133 voting districts. That is very significant, easily enough to sway a close election in a swing state.

“THE PROBLEM IS MOST CERTAINLY EXPONENTIALLY WORSE BECAUSE WE HAVE NO DATA REGARDING ALIENS ON THE REGISTRATION ROLLS FOR THE OTHER 125 VIRGINIA LOCALITIES.”

1000+ illegal aliens found on voter rolls in the crucial battleground state of Virginia (via @FoxFriendsFirst) pic.twitter.com/ffkijM7Zw9

According to Virginia law it’s a felony for illegals to vote however there are not required to show proof of citizenship when they register to vote. The Public Interest Legal Foundation says they will  expose more information statewide about non-citizens voting prior to November. 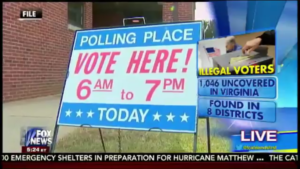 Donald Trump’s presidential campaign has been aware of the potential for voter fraud in swing states for quite some time especially since a liberal North Carolina (neighboring state to Virginia and another swing state) court struck down a law requiring voters show identification several months ago.

Here’s a video of a liberal proponent of NO VOTER ID in North Carolina.  Please note that she says than voter fraud is virtually non-existent.  WRONG LADY.  It exists and Hillary Clinton will use it to CHEAT. 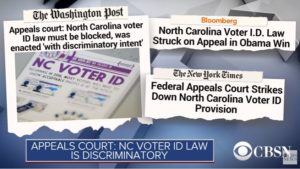 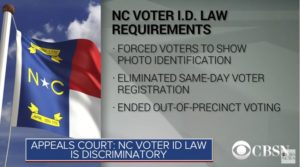 Donald Trump supporters must be vigilant and SHARE this information was every single American (citizen).  The deck is stacked against Donald Trump but it has been since the beginning.   If we all work together we will prevail.

* In 59 voting districts in the Philadelphia region, Obama received 100% of the votes with not even a single vote recorded for Romney. (A mathematical and statistical impossibility).

* In 21 districts in Wood County Ohio, Obama received 100% of the votes where GOP inspectors were illegally removed from their polling locations – and not one single vote was recorded for Romney. (Another statistical impossibility). 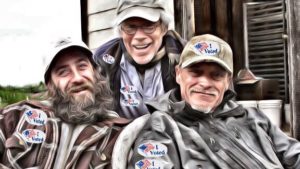 * The National SEAL Museum, a polling location in St. Lucie County, FL had a 158% voter turnout. 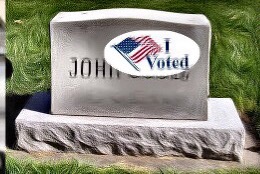 * In one Ohio County, Obama won by 108% of the total number of eligible voters .

***NOTE: Obama won in every state that did not require a Photo ID 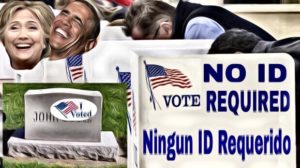