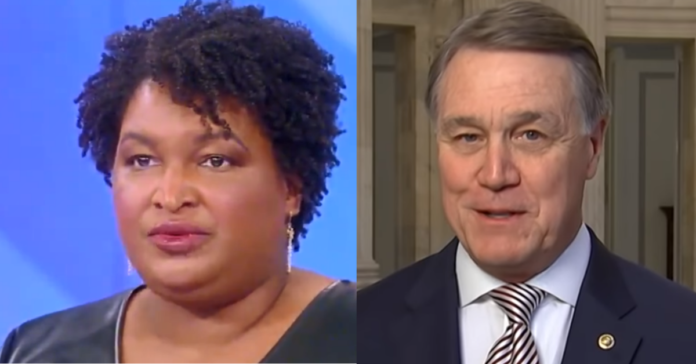 A federal judge on Monday ordered two Georgia counties to reverse a decision purging more than 4,000 voters from the rolls ahead of the Jan. 5 runoff elections.

The judge, Leslie Abrams Gardner, is the sister of former Dem candidate for governor in Georgia Stacy Abrams.

“I believe that each of the individuals named as a result of registering their name and change of address to a location outside of Muscogee County, removed to another state with the intention of making the new state their residence,” a local voter named Ralph Russell who made the challenge said.

Gardner’s 11-page ruling released Monday night noted that the removals of the voters appeared to violate federal law because they were not given proper notice and because they qualify as the type of systematic voter roll cleaning that is not permitted within 90 days of a federal election.

The Muscogee board filed a motion earlier Monday arguing that Gardner must remove herself from the case based on her relationship with her sister, Abrams.

Lawyers for the board, described Abrams as “a Georgia politician and voting rights activist who was the Democratic candidate in the 2018 Georgia gubernatorial election and has since engaged in various highly publicized efforts to increase voter registration and turnout for the 2020 general election in Georgia.”

The motion requesting Gardner’s recusal noted that a voter registration group affiliated with Abrams, Fair Fight, filed a suit in another federal court in Georgia last week complaining that a national organization dedicated to targeting voter fraud, True the Vote, is making unjustified challenges to Georgia voters in the lead-up to the Jan. 5 runoffs.

“Abrams’ involvement in the Fair Fight Litigation … is sufficient to satisfy the standard for mandatory judicial recusal,” the board’s attorneys wrote. “Abrams has a clear interest in the outcome of this proceeding and other similarly situated litigation in Georgia due to her voting advocacy through projects such as Fair Fight and the New Georgia Project.”

A federal judge in Georgia on Monday ordered two counties to reverse a decision removing more than 4,000 voters from the rolls…