It turns out the even George Soros’ home country of Hungary is getting sick of his hate mongering and dastardly deeds. The government of Hungary is trying to pass a “Stop Soros” law, and Soros has been forced to move his “foundations” out of the country.

Many people in the U.S. will be happy to hear that the evil Hungarian billionaire, sponsor of phony riots at Trump rallies, Antifa, and Black Lives Matters, to name a few, is getting little of his own medicine.

Leaders of Soros’ “Open Society” have announced that they are leaving Hungary even if the “Stop Soros” bill does not pass.

The decision to close the groups’ offices in the country of Mr. Soros’s birth — they will continue to operate in many other countries — is the grim culmination of years of struggle to work in an increasingly hostile environment. Mr. Soros, 87, a Jew who survived the Nazi occupation of Budapest during World War II, later made a fortune in the financial markets, and he created the foundations and donated billions of dollars to them.

Mr. Orban campaigned on a nationalist, anti-immigrant platform, and vowed during the most recent campaign to seek revenge against those he deemed enemies of the state. He has proposed what is commonly referred to as a “Stop Soros” law, aimed at penalizing nongovernmental agencies that assist asylum seekers and refugees.

The legislation, as it was written before the election, would force aid agencies working with migrants to apply for and receive national security clearance from the Interior Ministry. Additionally, groups receiving foreign funding — which includes almost all of the major nongovernmental organizations in the country — would have to pay a 25 percent tax on those contributions, a burden that many said would make it impossible to keep working in Hungary. 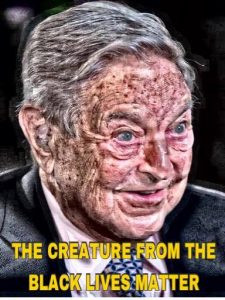 Monday, Antal Rogan, the minister for Mr. Orban’s cabinet office, said the government would propose an even “tighter” Stop Soros bill, but he provided no details. The legislation is likely to come up for a vote within the next month.

Mr. Orban’s party, Fidesz, along with a smaller coalition partner, holds two-thirds of the seats in Parliament, and can probably pass whatever legislation it sees fit — including changes to the Constitution.

Leaders of the Open Society said that even without the approval of the law, being based in the country had become untenable.

George Soros was a big supporter of Hillary Clinton during the 2016 election.  Please let us know what YOU think of Mr. Soros, and please SHARE our articles with all your “TRUMP” friends.  Thank you!

Soros Funded Group launches Phone App to do the UNTHINKABLE.

Can you say SEDITION? ACLU joins forces with Obama in WAR on OUR Government. This is SICK and this is HAPPENING NOW!