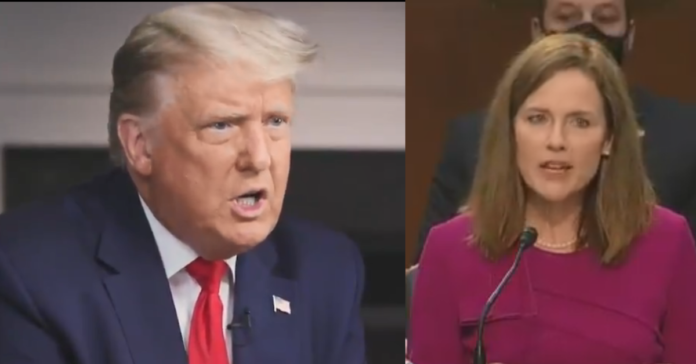 The Supreme Court just handed former President Donald Trump and the Trump organization a big loss today and ruled New York City prosecutors can have access to his tax records.

“Its near limitless reach-in time, scope, and geographic reach-has all the hallmarks of a fishing expedition,” Trump’s lawyers told the Supreme Court. “And the fact that the subpoena was issued to a third-party custodian while tensions were running high between the Trump Organization and the district attorney, and for dubious reasons of efficiency, only makes the allegation of bad faith that much more plausible.”

DA Cy Vance told the appeals court: “The investigation concerns a variety of business transactions and is based on information derived from public sources, confidential informants, and the grand jury process could include falsifying business records, insurance fraud, and tax fraud.”

From NBC: The U.S. Supreme Court declined Monday to block a New York grand jury from getting President Donald Trump’s personal and corporate tax returns, a decisive defeat in his prolonged legal battle to keep his tax records out of the hands of investigators.

The ruling does not mean the returns will become public any time soon, and they might never be publicly released. Under state law, materials turned over to a grand jury must be kept secret. But Manhattan District Attorney Cyrus Vance can now require Trump’s accountants to turn over the records that the president has steadfastly refused to surrender to prosecutors or Congress.

The investigation began after it was disclosed that former Trump lawyer Michael Cohen paid Stormy Daniels $130,000 to keep quiet about her claim that she had an affair with Trump, an allegation the former president has denied.

Cohen also alleged to Congress that the Trump organization sometimes lied about its financial condition in order to evade taxes or obtain favorable loan terms.

The legal battle over Trump’s financial records, including personal and business documents dating to 2011, comes in connection with an investigation by Vance’s office into potential tax violations.

The district attorney is also reportedly examining hush money payments made on Trump’s behalf to two women who have said they had affairs with him. Trump has denied their claims.

In a statement posted to Twitter, Vance wrote: “The work continues.”

BREAKING: After 4 months of inaction, SCOTUS in a one-sentence unsigned order declines Trump's request to further postpone enforcement of a Manhattan DA subpoena for his financial records. The order clears the way for a NY grand jury to obtain the records & review them in secret.

Just in: SCOTUS has cleared the way for prosecutors in NY to get Trump's tax returns — the court rejected Trump's request to halt lower court rulings that dismissed his challenge to the grand jury subpoena.