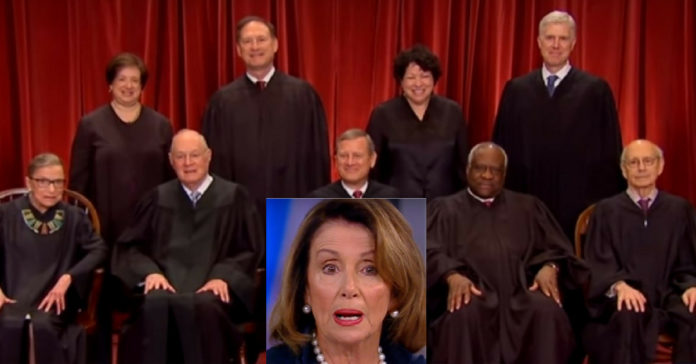 History is written by the winners and the Democrats just suffered a huge loss at the hands of the Supreme Court.

This one will echo throughout US history because it changes the game for the Democrats when it comes to how they can scam (raise) money from union members.

In a major legal and political defeat for big labor, the Supreme Court ruled 5-4 on Wednesday that state government workers cannot be forced to pay so-called “fair share” fees to support collective bargaining and other union activities.

While the current case applies only to public-sector employees, the political and financial stakes are potentially huge for the broader American labor union movement, which had been sounding the alarm about the legal fight.

The unions say 5 million government employees in 24 states and the District of Columbia would be affected by this ruling.

At issue in the high-stakes case was whether states can compel government workers — whether they are in a union or not — to pay fees to support union activities. The case centered on the complaints of an Illinois state employee who sued, saying he was being asked to support the union’s political message.

Justices split 4-4 on the issue in a similar case two years ago. But with Neil Gorsuch now filling the vacancy left by the late Antonin Scalia, he was seen as the deciding vote this time – and sided with the conservative majority in Wednesday’s opinion.

Justice Anthony Kennedy, often a swing justice in other cases, cast a skeptical eye toward the union argument in February He said repeatedly that separating politics from the union’s collective bargaining mission was impossible.

“We’re talking here about compelled justification and compelled subsidization of a private party that expresses political views constantly,” Kennedy said. He told the union’s lawyer, “It seems to me your argument doesn’t have much weight.”