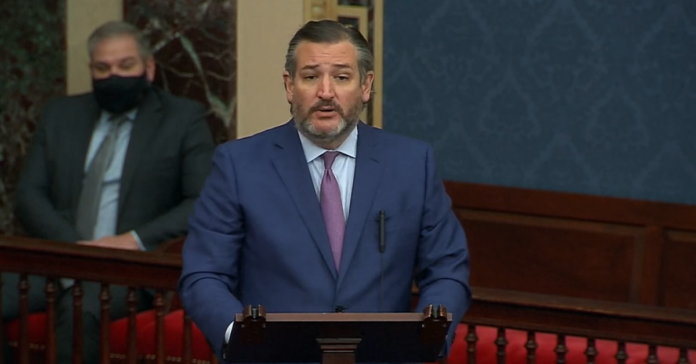 Ted Cruz embarrassed the Washington Post after they flip-flopped on the virus origin story. Washington Post fact checker Glenn Kessler said the Wuhan coronavirus lab-leak theory was “suddenly credible” today after previously mocking Ted Cruz for saying we should look into the theory.

Glenn Kessler said before: “I fear Ted Cruz missed the scientific animation in the video that shows how it is virtually impossible for this virus jump from the lab. Or the many interviews with actual scientists. We deal in facts, and viewers can judge for themselves.”

Enter Ted Cruz who said simply: “Clowns,” with screenshots of the conversation of Kessler mocking him. Ted said earlier in May:

“Amazing” is definitely right word for this video. WaPo “abandoning all pretenses of journalism to produce CCP propaganda” would be another way to put it. If this reporter submitted this video in a freshman logic class, it wouldn’t receive a passing grade. Let’s review facts.

“WaPo admits China DESTROYED the lab samples after the pandemic started (raising the natural inference that they were afraid what the samples, if examined, would show.  ALL OF THESE FACTS strongly suggest the virus escaped from one of these CCP labs. At this point, the evidence is circumstantial (because the CCP is hiding/blocking any direct evidence).

“BUT what is WaPo’s conclusion? “The balance of scientific evidence strongly suggest the conclusion that the new coronavirus emerged from nature, be it in the Wuhan market or somewhere else.” This is a non sequitur. None of the aforementioned evidence leads to that conclusion.

“What’s WaPo’s basis? WaPo COUNTER-FACT ONE: The CCP and the lab director (who initially wrote “could [the pandemic virus] have come from our lab?”) now deny it.

“Shi, her team & the Chinese govt have adamantly denied that it could have come from this lab.” WaPa takes that denial as true.

“WaPo COUNTER-FACT TWO: They quote Dr. Peter Daszak, the head of “EcoHealth Alliance” as saying “China’s been incredibly open. I believe it’s because it’s a scientific collaboration & in China they’re really proud of their science; they do good work, especially in virology.”

“That’s it. Those two counter-facts form 100% of the basis for WaPo’s “fact check.” And #2, the claim that “China’s been incredibly open,” is laughably absurd. They DESTROYED THE LAB SAMPLES. They PUNISHED & SILENCED the pandemic whistleblowers. And who is this objective source, Dr. Daszak? Well, his organization, “EcoHealth Alliance” was receiving (now cancelled) US taxpayer $$ to support bat coronavirus research at the Wuhan Institute of Virology! Why does WaPo NOT disclose his enormous bias, litigation exposure & conflict of interest??

“And is it relevant that WaPo is owned by Jeff Bezos, the richest man in the world, who stands to make billions in China if he pleases the communist overlords? Whatever WaPo is doing, this is NOT journalism. It is apologizing for the CCP, trying to cover up their culpability.