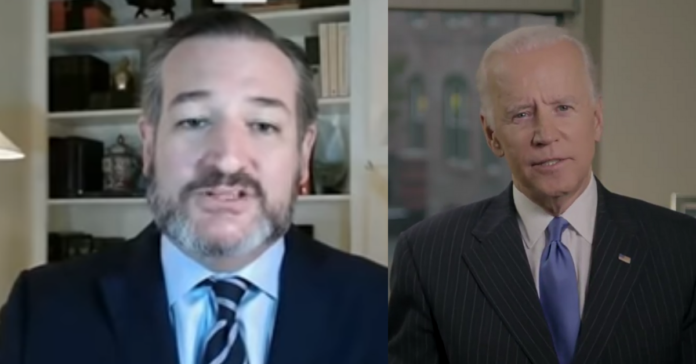 Sen. Ted Cruz just made his move to keep the Dems in check and is launching a plan to stop them from packing the Supreme Court. They say now they won’t do it, but Ted knows things can change on Washington’s fickle winds and if the Dems suffer losses on key issues before Congress they may get desperate to appease their base.

So Ted is making a preemptive move and has introduced two proposals that would make sure the number of Supreme Court justices stays at nine, with conservative judges firmly in control.

Cruz introduced a constitutional amendment, the “Keep Nine” amendment, that would stop the Democrats from changing their minds and moving to pack the courts.

Vice President Kamala Harris has said, “everything is on the table” when the issue came up before and Sen. Mazie Hirono (D-HI) is on record saying court-packing is a “long-overdue court reform.”

The second proposal would stop Senate Democrats from unilaterally passing any legislation that allows court-packing.

“For the sake of our liberties and the future of our country, we must preserve the independence of our judiciary,” said Sen. Cruz in a statement.

“As my Democrat colleagues brazenly discuss expanding the number of justices on the Supreme Court, this legislation and constitutional amendment ensures we prevent either party from wielding the Supreme Court as a political tool for their own advantage.”

“I urge my colleagues to defend the fundamental liberties of their constituents—their religious liberty, freedom of speech, and Second Amendment rights—and swiftly take up and pass these proposals to prevent Court packing,” Ted said.

My Democrat colleagues brazenly discuss expanding the number of justices on the Supreme Court, this legislation and constitutional amendment ensures we prevent either party from wielding the Supreme Court as a political tool for their own advantage. https://t.co/ctJ5Xy7sqN