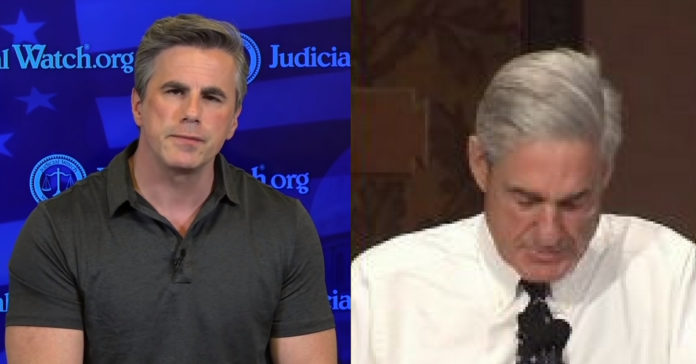 Tom Fitton and his investigators over at Judicial Watch are a thorn in the government’s side.

Thankfully they have the smarts and the resources to use our freedom of information laws to hold our leaders to account.

And it is not looking good for those trying to take down Trump.

Tom Fitton said Monday the Department of Justice and FBI misled a FISA court to get a surveillance warrant against Carter Page as a way to target then-candidate Donald Trump.

The Justice Department on Saturday released documents used by the government to justify the FISA surveillance warrant against Page, a former Trump campaign aide.

On “Fox & Friends,” Fitton, president of Judicial Watch, said the FISA documents were not classified to protect national security secrets, but to cover up misconduct by the Justice Department and FBI.

He argued that the DOJ and FBI purposefully did not tell the FISA court that the dossier was funded by the Hillary Clinton campaign and the DNC.

He said those involved in the FISA application process — including Deputy Attorney General Rod Rosenstein — need to answer serious questions about how and why the warrant was approved.

“This is about Carter Page in theory, but when you look at what’s been released, it was all about getting at the Trump campaign.”

Tom has a point here – while the Feds did mention the political nature of the document so that the FISA judges were aware of it, names were withheld and certain backstories about the dossier may not have been fully explained.

Much of the document is still redacted but if Tom is correct and that, “the FISA documents were not classified to protect national security secrets, but to cover up misconduct by the Justice Department and FBI” then someone other than Trump is in big big trouble.

Trump Teams Up With Tom Fitton, Terrifies Bob Mueller With What They Do Next