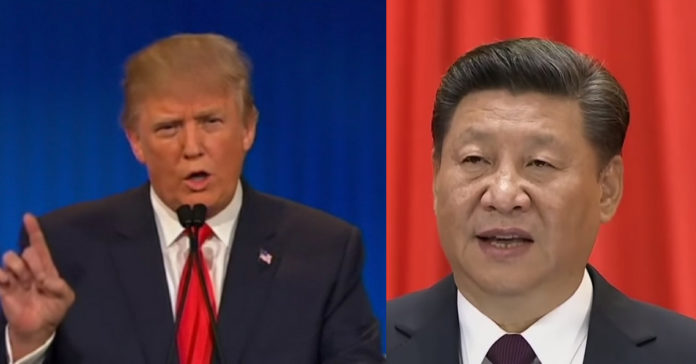 President Trump just caught China trying to meddle in our midterm elections and unlike those who came before him, he had the stones to call them out.

Look, what Obama and Bush and the establishment allowed Chia to do at our expense is the crime of the century. That’s why Trump won – to bring balance back to our trade deals.

As reported by The Washington Times: President Trump accused China of “attempting to interfere” in the upcoming U.S. midterm elections as he chaired a high-stakes meeting of the U.N. Security Council here Wednesday, asserting the Chinese government is bent on meddling in American politics out of frustration over his administration’s bare-knuckle trade posture toward Beijing.

“China has been attempting to interfere in our upcoming 2018 election, coming up in November against my administration,” Mr. Trump said. “They do not want me or us to win because I am the first president ever to challenge China on trade, and we are winning on trade — we are winning at every level.”

“We don’t want to them to meddle or interfere in our upcoming election,” he said, breaking from protocol at the traditionally highly scripted Security Council.

Chinese Foreign Minister Wang Yi appeared to shrug as the president made the accusation, which comes at a moment of heightened tension between Washington and Beijing following a wave of heated trade negotiations that have been a signature of Mr. Trump’s foreign policy over the past year.

In his own statement to the session later, Mr. Wang appeared to break from his prepared statement at the end to deny what he called the “unwarranted” U.S. accusation of election-meddling.

China “did not and will not interfere with any country’s domestic affairs,” Mr. Wang said.

The administration has leveled hundreds of billions of dollars in tariffs against a wide range of Chinese exports, including everything from lobster and soybeans to steel products. Beijing has responded by targeting U.S. goods headed to China.

According to the Des Moines Register, this is one of the ways they are meddling.

“I think it’s trying to maximize pressure on the administration to change its trade policies toward China by attempting to show White House and Republicans that they’re going to pay a price with the mid-terms,” said David Skidmore, a political science professor at Drake University.