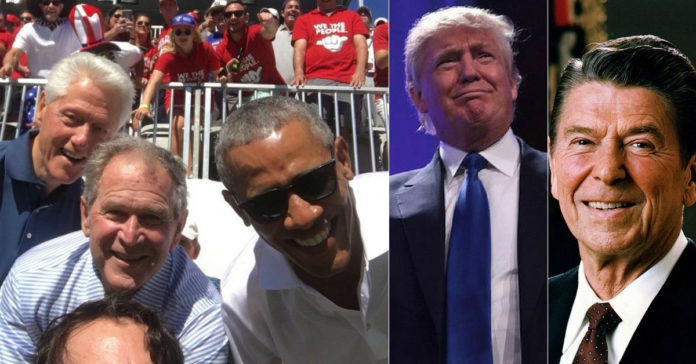 With the midterms looming all the political soothsayers are making the rounds doubling down on their own stupidity.

No one, and in the age of Trump this is more true than ever, knows what is going to happen in 2018.

Certain members of the GOP establishment think the blue wave is coming and have curled up in balls moaning about what’s to come.

Others, like Trump, are hitting the road hard to fight it out refusing to give an inch or bow to history.

The truth is even if the Democrats take the house Trump can still play off them to achieve what he wants – having a foil in Pelosi may even make it easier on him if you can believe it.

Point is no one knows anything except one thing – Americans tend to follow the money and vote with their pockets.

And that is good news for Trump under any scenario.

President Trump’s push to build on the nation’s financial recovery has won solid support from Americans, giving his handling of the economy a higher approval rating the average of his five predecessors.

Gallup on Thursday said, “He has averaged a 48 percent approval rating for handling the economy thus far in office, which exceeds the combined average 45 percent economic approval for his five immediate predecessors across their entire terms.”

For Trump, who helped push through massive tax cuts and promised that trade wars will help return U.S. jobs, the top issue is the economy followed by his handling of North Korea.

“With Trump’s overall approval rating running close to 10 percentage points below his economic approval rating, it appears other factors are more influential in Americans’ assessments of how he is doing. The other factors could be issues like foreign affairs, immigration or trade, on which his approval is closer to his overall approval rating. But they could be non-issue-related, like his personal characteristics, or more simply a result of a Republican president governing in an increasingly politically polarized era,” said Gallup.