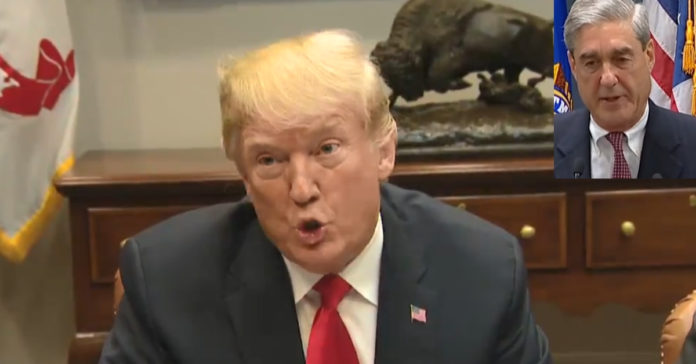 President Trump has officially reached his limit. He just gave the order long feared by his enemies in the deep state.

Look, the deep state or the permanent government class aka “the bureaucracy” hates Trump because he threatens their very existence.

these bureaucratic institutions have simply failed us and Trump plans to use transparency to doom them as sunlight is the best disinfectant.

As reported by Fox News:  President Trump Monday ordered the declassification of several key documents related to the FBI’s probe of Russian actions during the 2016 presidential election, including an application for a renewed surveillance warrant against former Trump campaign aide Carter Page, and text messages from disgraced FBI figures Peter Strzok and Lisa Page.

White House press secretary Sarah Sanders said Trump had ordered the documents released “[a]t the request of a number of committees of Congress, and for reasons of transparency.”

The documents to be declassified also include 12 FBI reports on interviews with Justice Department official Bruce Ohr and all FBI reports of interviews prepared in connection with all other applications to surveil Carter Page.

It was not immediately clear when or how the documents would be released.