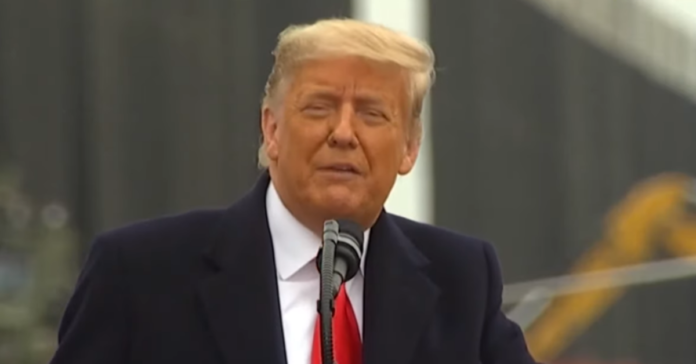 Former President Donald Trump has told close friends he has lined up hundreds of millions in backing for a proposed new media venture already.

Surprisingly, the sources close to Trump said major investors from Silicon Valley are considering backing the venture over censorship fears and a dislike for our current online “cancel culture.”

Details of the plan first leaked when Trump started doing television interviews after his Senate impeachment acquittal and they are becoming more frequent.

“We’re negotiating with a number of people,” Trump told Newsmax. “There is also the option of building your own site because we have more people than anybody, so you can literally build your own site. But we were being really harassed on Twitter. They were putting up all sorts of flags, I guess they call them, they were flagging almost anything you said.”

Two sources familiar with discussions said Trump had also met with potential investors in a new online venture designed to allow the former president to engage with his supporters and protect them from being taken offline.

“They aren’t the people you might expect,” he said.

With impeachment out of the way on Saturday, this week triggered a new phase in Trump’s life after the White House. On Tuesday, he launched a blistering attack on his one-time loyal Senate lieutenant Sen. Mitch McConnell, calling him a “political hack” and threatening to back rival primary candidates.

A day later, he dialed into three television interviews to pay tribute to conservative talk show host Rush Limbaugh, who died on Wednesday, as well as to reheat his unfounded claims that the election was stolen from him.

Chairman of the American Conservative Union Matt Schlapp said it was impossible for Twitter, Facebook, and other tech giants to keep Trump out of politics. His TV appearances marked a welcome return for the 74 million people who voted for him in November, he said.