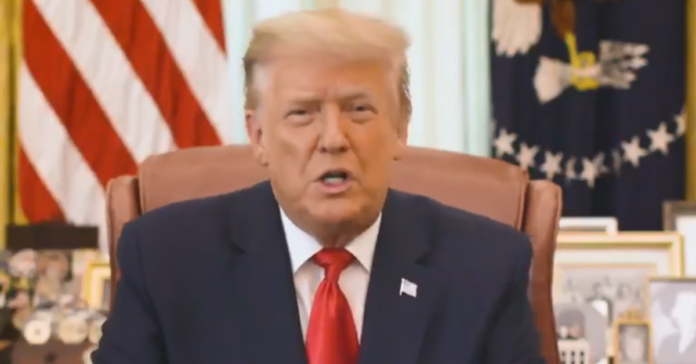 Former President Donald Trump is readying to make a major move and according to his spokesman, Jason Miller, it will happen in the next two to three months.

Miller confirmed for the first time today on Fox News that Trump will be creating a brand new social media platform.

Miller said the platform, which he did not describe or detail who is financially backing, will be ready in 2-3 months and Miller expects off-the-charts interest.

Miller, who was a spokesperson for Trump’s 2020 campaign and still works for him, said he expects millions to sign up initially and that this platform will “completely redefine the game.”

“But I do think that we’re gonna see President Trump returning to social media in probably about two or three months here with his own platform,”  Miller said.

“And this is something that I think will be the hottest ticket in social media. It’s gonna completely redefine the game and everybody is gonna be waiting and watching to see what exactly President Trump does, but it will be his own platform.”

Miller went on, “it’s not just one company that’s approached the president, there’ve been numerous companies.

“But I think the president does know what direction that he wants to head here.

“And this new platform is gonna be big, and everyone wants him.

“He’s gonna bring millions and millions, tens of millions of people to this new platform.”

.@JasonMillerinDC said President Trump will be "returning to social media in two or three months" with "his own platform" that will "completely redefine the game" and attract "tens of millions" of new users. #MediaBuzz