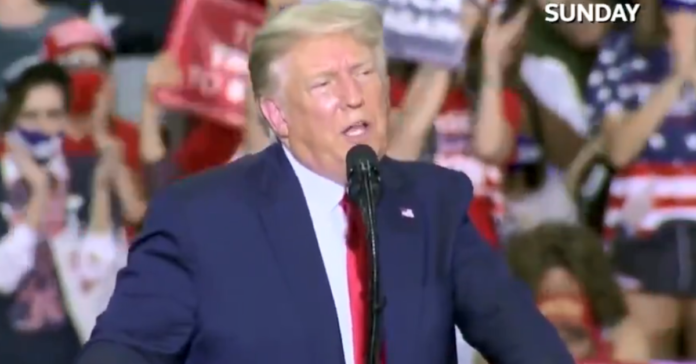 Former President Donald Trump is officially launching his comeback and said he will hold the first of four campaign-style rallies in Ohio on June 26. Trump will try to help a primary challenge against a Republican lawmaker who voted to impeach him earlier this year.

The rally will be held at the Lorain County Fairgrounds in the town of Willington which is around 40 miles southwest of Cleveland.  Trump issued a statement from his PAC saying the rally would mark “President Trump’s first of many appearances in support of candidates and causes that further the MAGA agenda and accomplishments of President Trump’s administration.”

“Max Miller is a wonderful person who did a great job at the White House and will be a fantastic Congressman,” Trump said in February.

“He is a Marine Veteran, a son of Ohio, and a true PATRIOT. Current Rep. Anthony Gonzalez should not be representing the people of the 16th district because he does not represent their interest or their heart. Max Miller has my Complete and Total Endorsement!”

Trump told One America News last month that besides this rally in Ohio, he will hold them in Georgia, North Carolina, and Florida.

“The President of the United States helped organize and incite a mob that attacked the United States Congress in an attempt to prevent us from completing our solemn duties as prescribed by the Constitution,” Gonzalez said when he voted to impeach Trump and get a primary challenger.

“During the attack itself, the President abandoned his post while many members asked for help, thus further endangering all present,” Gonzalez added. “These are fundamental threats not just to people’s lives, but to the very foundation of our Republic.”