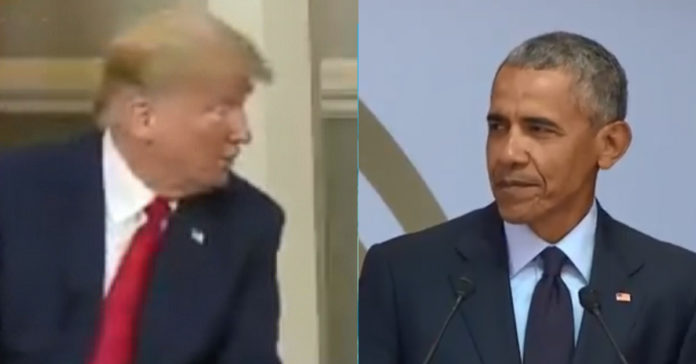 President Trump is exhausting his critics – they really have no idea what to do with him.

He turns media attacks into wins faster and better than anyone in modern politics. It is amazing to watch.

It is a combination of chutzpah, smarts, strength and revulsion for the established order whose record of hypocrisy runs so long and deep attacking Trump serves only to expose them.

Trump is just the first to call them out. From CNBC

President Donald Trump vowed Thursday that if his dealings with Russian leader Vladimir Putin don’t “work out, I’ll be the worst enemy he’s ever had.”

Trump blasted his predecessor, President Barack Obama, for having been a “total patsy” for Russia — while claiming he has been “far tougher on Russia than any president in many, many years.”

“I said, wait a minute, we’re supposed to be protecting you from Russia and you’re paying them billions of dollars. What’s that all about?,” Trump told CNBC on Thursday.

“Now, you think that’s a positive for Russia? I’m talking them [Germany] out of things that they [Russia] were given billions of dollars. It’s ridiculous, by the way, that that’s happening,” the president added.

Trump also urged people to “look at the sanctions I put on” Russia,” referring to several different sets of financial sanctions imposed by his administration on Russian oligarchs, companies and government officials.

“Look at the diplomats I threw out,” Trump added, referring to the U.S.’s expulsion in March of 60 Russian diplomats who had been identified as intelligence officials after the poisoning of an ex-Russian spy in Britain.

“Look at all the things that I have done,” the president said.

“Obama didn’t do it,” Trump said, comparing his efforts to his predecessor’s. “Obama was a patsy for Russia. A total patsy.”