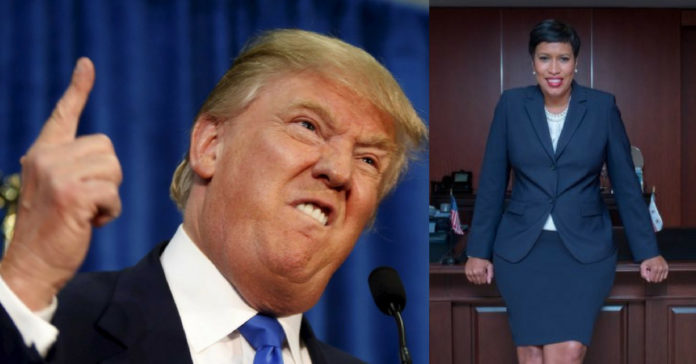 President Trump is known for his flexibility and willingness, unlike most in Washington, to switch course when a deal goes south.

Just like he did with the planned military parade in Washington this fall. The parade has caused some debate but most think it is a fine idea.

The local hacks, however, smelled blood and clearly tried to extract their pound of flesh on the deal, trying to squeeze Trump because he had publicly come out in favor of it.

It would have worked on other politicians, but not Trump.

As reported by Newsmax:

Trump on Twitter accused local politicians of price-gouging, although much of the projected $92 million price was attributed to Pentagon costs for aircraft, equipment and personnel.

The Defense Department announced a day earlier that there would be no parade in 2018. Trump said perhaps something could be scheduled next year when the price “comes WAY DOWN.” He did not explain how the costs would be reduced.

Trump said he would instead attend an event at Andrews Air Force Base on another day and travel to Paris for Nov. 11 events marking the centennial of the end of fighting in World War I.

Col. Rob Manning, a Pentagon spokesman, said Thursday that the military and the White House “have now agreed to explore opportunities in 2019.”

That announcement came several hours after The Associated Press reported that the parade would cost about $92 million, according to U.S. officials citing preliminary estimates more than three times the price first suggested by the White House.

According to the officials, roughly $50 million would cover Pentagon costs for aircraft, equipment, personnel and other support for the November parade in Washington. The remainder would be borne by other agencies and largely involve security costs. The officials spoke on condition of anonymity to discuss early planning estimates that have not yet been finalized or released publicly.

The local politicians who run Washington, D.C. (poorly) know a windfall when they see it. When asked to give us a price for holding a great celebratory military parade, they wanted a number so ridiculously high that I cancelled it. Never let someone hold you up! I will instead…

….attend the big parade already scheduled at Andrews Air Force Base on a different date, & go to the Paris parade, celebrating the end of the War, on November 11th. Maybe we will do something next year in D.C. when the cost comes WAY DOWN. Now we can buy some more jet fighters!