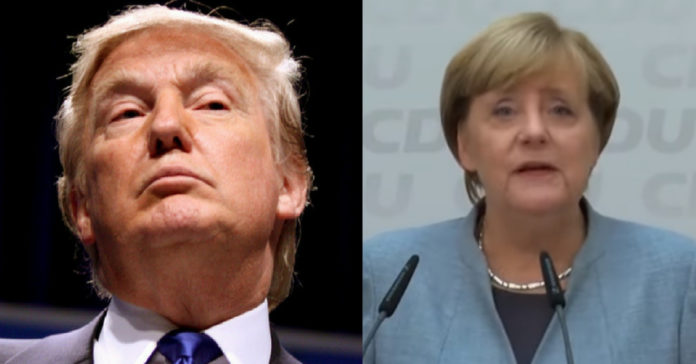 President Trump is a master negotiator. That much is clear as is the fact that other world leaders have never seen the likes of him.

Ahead of the big NATO summit, Trump quietly made his move and fired a letter off to all NATO leaders telling them to start paying their fair share or face the consequences.

Keep in mind Obama and Bush also demanded NATO pay their fair share, but they all quickly folded under pressure. NATO would be fools to make that mistake with Trump.

President Trump has written sharply worded letters to the leaders of several NATO allies, including Germany, Belgium, Norway and Canada, taking them to task for spending too little on their own defense and warning that the United States is losing patience with their failure to meet security obligations shared by the alliance.

The letters, which went out last month, are the latest sign of acrimony between Mr. Trump and American allies as he heads to a NATO summit meeting next week in Brussels that will be a closely watched test of the president’s commitment to the trans-Atlantic alliance after he has repeatedly questioned its value and claimed that its members are taking advantage of the United States.

“As we discussed during your visit in April, there is growing frustration in the United States that some allies have not stepped up as promised,” Mr. Trump wrote to Chancellor Angela Merkel of Germany in a particularly pointed version of the letter, according to someone who saw it and shared excerpts with The New York Times. “Continued German underspending on defense undermines the security of the alliance and provides validation for other allies that also do not plan to meet their military spending commitments, because others see you as a role model.”

In language that is repeated in letters to the leaders of other countries, including Prime Minister Justin Trudeau of Canada and Prime Minister Erna Solberg of Norway, Mr. Trump said he understands the “domestic political pressure” brought to bear by opponents of boosting military expenditures, noting that he has expended “considerable political capital to increase our own military spending.” But the president seemed to suggest that the United States might adjust its military presence around the world if its allies do not step up and spend more for their own security.

“It will, however, become increasingly difficult to justify to American citizens why some countries do not share NATO’s collective security burden while American soldiers continue to sacrifice their lives overseas or come home gravely wounded,” Mr. Trump wrote to Ms. Merkel.

The president was referring to the fact that many NATO allies are not living up to the commitment they made at their Wales summit meeting in 2014 to spend 2 percent of their gross domestic product on national defense. American presidents have long complained about the lack of burden-sharing by NATO member countries, but Mr. Trump has taken that criticism much further, claiming that some of the United States’ closest allies are essentially deadbeats who have failed to pay debts to the organization, a fundamental misunderstanding of how it functions.