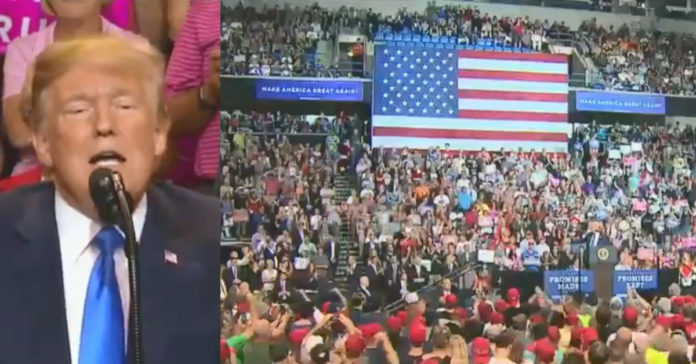 President Trump is a master at many things: handling a large crowd, public speaking, giving out devastating nicknames to his political rivals.

As a key swing state Democratic Senator just found out the hard way.

“Don’t fall asleep as we talk about Sleepin’ Bob,” Trump said, appearing to have come up with the nickname in the moment.

Trump is in the state rallying for Rep. Lou Barletta (R-Pa.), who is challenging Casey for his Senate seat.

Most presidents stay out of the midterms, afraid that they will lose political capital if they back losing candidates.

Not President Trump – he breaks all the political rules and you can take to the bank that the rest will follow his lead.

Or the ones that want to win in the future will mirror Trump’s new style. In other words, even when Trump leaves after two terms he will have changed politics forever.

Trump is very proud of himself for coming up on the spot with the nickname, "Sleepin' Bob," for @SenBobCasey pic.twitter.com/Ccwz4OCRWG