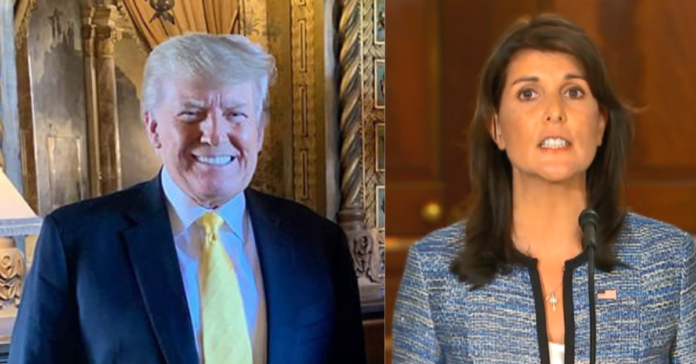 Former President Trump will break his silence in his first public speech since leaving office and early reports are he will assert control of the GOP and go after the swamp and Joe Biden.

“Trump effectively is the Republican Party,” Trump senior adviser Jason Miller told Axios. “The only chasm is between Beltway insiders and grassroots Republicans around the country. When you attack President Trump, you’re attacking the Republican grassroots.”

According to the new report, Trump will send the message to CPAC attendees and the GOP at large that he is the GOP’s “presumptive 2024 nominee” and he is not going anywhere.

Nikki Hakey and many others are trying to position themselves as the frontrunner for the GOP’s 2024 nomination but until Trump officially says he is in or out now one will pay her much attention.

The big picture: The few Republicans who have spoken ill of Trump since the election — including House members who voted to impeach him, and senators who voted to convict — have found themselves censured, challenged and vilified by the parties in their home states.

What’s next: Trump’s leadership PAC, Save America, has $75 million on hand, and he has a database of tens of millions of names.

The long game: Many Trump confidants think he’ll pretend to run but ultimately pass. He knows the possibility — or threat — gives him leverage and attention.

A Trump source said some Republicans have told him: “If you endorse me, I’ll run.”

But advisers say that’s not how it’ll work. This week’s meeting will aim to tap the brakes.

Instead, Trump is going to set up a formal process for vetting potential endorsees, including a requirement that they raise money and put together an organization.

Trumpworld tells @mikeallen the former president's CPAC speech will have a clear message: I am (still) the Republican Party https://t.co/WW31dqJ1zX