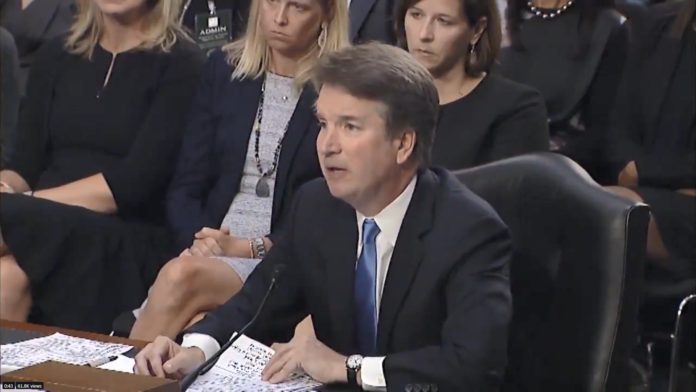 The Democrats smear job is falling apart in front of the nation. Classmates have come forward and refuted the alleged claim and some troubling coincidences have emerged about connections between Kavanaugh’s mother and the alleged victim’s family.

The manner in which they released the scandalous claims is more than suspicious and is alone cause for concern.

Now, two women who dated Kavanaugh at the time of the incident have just come forward and it is lights out for the smear job.

As reported by the Daily Wire: The Washington Post reported on Monday that two women who dated Judge Brett Kavanaugh — one in high school, the other in college — have now gone on record defending his character and how he treats women.

“Brett Kavanaugh and I have been good friends since high school,” said Maura Fitzgerald, who dated Kavanaugh in college. “I dated him in college and he was and is nothing like the person who has been described. He always conducted himself honorably with me at all times when we were together. He was always a perfect gentleman, and I vouch for him completely.”

“I’ve been friends with Brett Kavanaugh for over 35 years, and dated him during high school,” said Maura Kane, another woman Kavanaugh dated. “In every situation where we were together he was always respectful, kind and thoughtful. The accusations leveled against him in no way represent the decent young man I knew. We remain good friends and I admire him as a husband, father and professional.”