I just happened to have my television on NBC when President Trump gave his 16 minute inauguration speech yesterday. By the time President Trump finished, I was pumped up!  I felt like I had just been to the greatest pep rally of all time! I was standing up yelling “Heck Yeah!!” (or something along those lines). By the time I started to come down from my adrenaline high, I heard the commentators talking, and immediately became a little confused. Had I accidentally put the TV on CNN?  Surely I didn’t do that. No, it was NBC, and what I heard astonished me!

Before pointing out anything good about Donald J. Trump’s beautiful speech, they instantly started criticizing everything about it. The main criticism seemed to say that Trump had bashed all of the former presidents sitting there, and Congress as well.

“And we are grateful to President Obama and first lady Michelle Obama, for their gracious aid throughout this transition. They have been magnificent!  Thank you.”

No, President Trump did not kiss all their pompous, bloated, establishment asses, but he didn’t bash them either. The first thing he did, was thank the former presidents, and then he went on to speak to the American people. (SEE TRANSCRIPT BELOW) That speech was not for past presidents, the congress, or the lying liberal media. That speech was for the American people! The ones that voted for him, and the ones that didn’t. 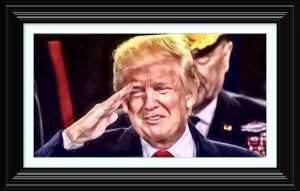 The nerve of that guy! Can you believe he said that?  🙂

For those of you who don’t know me, I am a Trump fanatic. I have been working 10-15 hours a day for a year, to do my small part to Make America Great Again. As a “Trump fanatic” I have to say I was really proud of President Trump for holding back on those miserable leftist mainstream media outlets, who attacked his speech. He just let it go, and complimented the news outlets that praised his speech. (See Tweet below)

A fantastic day and evening in Washington D.C.Thank you to @FoxNews and so many other news outlets for the GREAT reviews of the speech!

Here is an awesome clip from one of the balls last night… Watch what he asks the crowd! Can you say AWESOME??

“LET ME ASK YOU, SHOULD I KEEP THE TWITTER GOING OR NOT? KEEP IT GOING? I THINK SO. I THINK SO.” 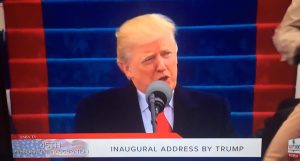