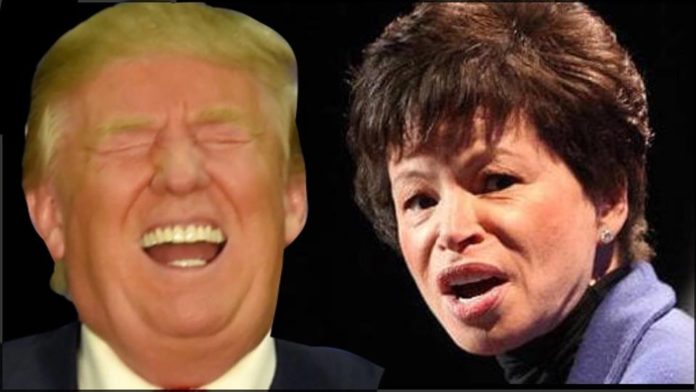 On Wednesday Valerie Jarrett, President Obama’s right hand woman, spoke about Hillary Clinton’s devastating defeat against Donald Trump in the election. Suprisingly, Jarrett was one of the first on the Clinton side who did not seem extremely bitter and ugly about it. And she did not throw out any ridiculous lame excuses about Russian spies or fake news or anything like that. (VIDEO BELOW)

During a a “Women Rule” event hosted by Politico she did say that “Obviously we were surprised by the outcome of the election. It kind of was like — I’m not sure what the right analogy would be — but like a punch in the stomach, let’s say. Soul-crushing might be another description.”  (VIDEO BELOW)

Most die hard Donald Trump fans and Obama supporters will know the REAL reason that Valerie is so polite about the loss and really seems to take it in stride.  It is because both Valerie Jarrett and Michelle Obama hate Hillary and Bill Clinton with a passion.  They did, of course, want Hillary to win but only because it would prevent Barack Obama’s legacy from being destroyed.  Oops… sorry ladies!!